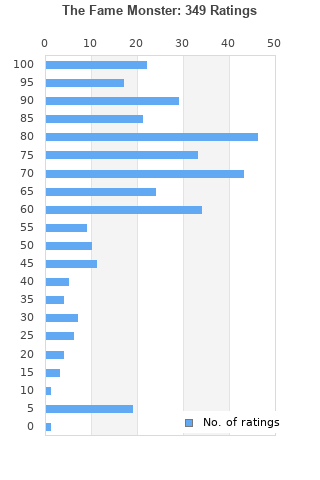 The Fame Monster is ranked as the best album by Lady Gaga. 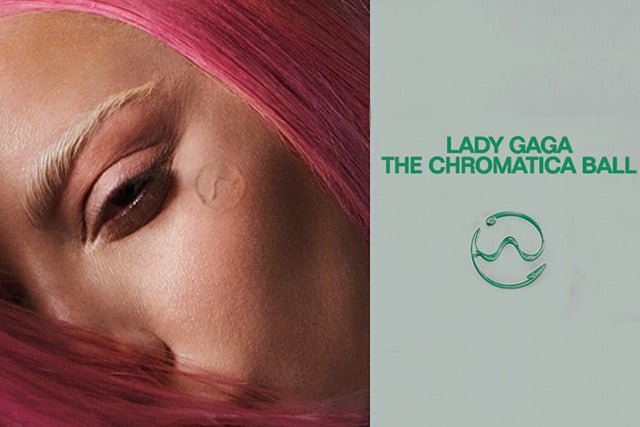 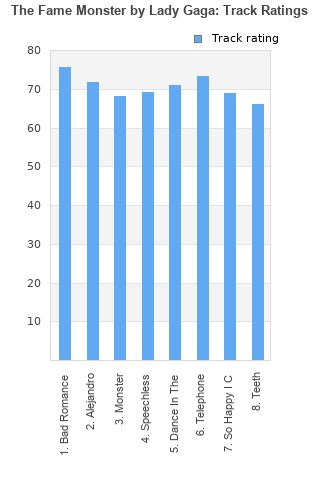 Rating metrics: Outliers can be removed when calculating a mean average to dampen the effects of ratings outside the normal distribution. This figure is provided as the trimmed mean. A high standard deviation can be legitimate, but can sometimes indicate 'gaming' is occurring. Consider a simplified example* of an item receiving ratings of 100, 50, & 0. The mean average rating would be 50. However, ratings of 55, 50 & 45 could also result in the same average. The second average might be more trusted because there is more consensus around a particular rating (a lower deviation).
(*In practice, some albums can have several thousand ratings)
This album has a mean average rating of 66.0/100. The trimmed mean (excluding outliers) is 65.9/100. The standard deviation for this album is 25.6.

Huh. Seems like all the elitist rockists and prog obsessives deliberately come here to vote down a popular artist’s songs in bulk.

Beneath the meat dresses and weird for weird's sake persona lies a handful of generic electropop tracks with a passable voice. Who knew. There are catchy tunes on this EP, however she has absolutely nothing (new) to say and most songs on here are sort of bland. Decent in comparison to mainstream pop in 2009, but really this isn't anything to fuss over.

Underwhelming. All of this mediocre electropop fluff flirts with ridiculousness throughout and is pretty much made irrelevant by many other pop artists who provide us with much better songs. Why listen to gaga when you could listen to robyn? or hell, madonna? I knew her career was going to fizzle out, there's only so long you can keep going with tunes like these, and this is supposed to be her pinnacle..... :/ (speechless is good though)

I really want to agree with soundguardian’s centrist comment. But taking the middle road on this site is still biased. This album is not supposed to be funny, like The Beach Boys’ Smiley Smile for instance. People need to realize that one’s inner and most sincere thoughts and preferences are just very cringy, and the artists that dare to tap into those feelings that people don’t dare to express, inevitably receive hate from the people that don’t even dare to admit to those feelings, because they think they’re fucking capable of feeling higher emotions, but in fact those emotions are just different and they are denying a part of themselves. And ironically these people often unironically enjoy really laughable music like AC/DC and Guns ‘n’ Roses. “But isn’t that just because you are biased too?” No, because I can actually enjoy some hard rock from other artists; I don’t throw a whole genre in the garbage bin.

About this album: some songs are pretty derivative, but the good ones are very good. Much like her first album.

Her absolute best work and a great mini album. Hopefully she releases a short cohesive project like this in the future.

This mini album is an absolutely brilliant pop album

This album is the perfect pop dance album. She has a great voice, the songs are weird and over the top. Lyrical is a bit different from what the norm is in pop music. And 'Dance in the Dark' is one of the best dance songs I've heard in recent years.

This album is underrated in this site but I think is because people are really against pop mainstream. If you are not an one sided music lover, you will appreciate the greatness of this album.

"Bad Romance" is the best single in the top 10 in the last 20 years. The other two hits from the album ("Alejandro" and "Telephone") were among the best of 2009 and 2010. Just on the strength of those three songs, this album gets a place in my Top 40. The rest of the album holds up along the aforementioned three.

Your feedback for The Fame Monster