xx (studio album) by The xx 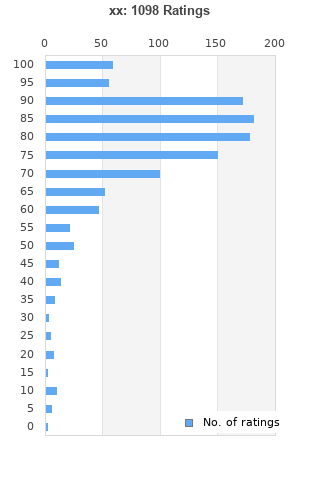 xx is ranked as the best album by The xx. 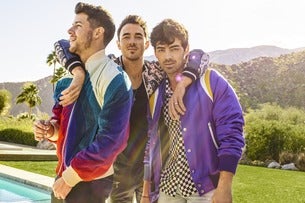 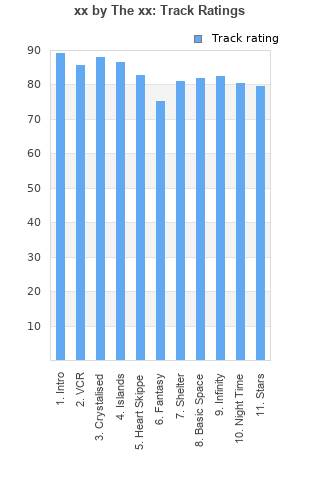 Rating metrics: Outliers can be removed when calculating a mean average to dampen the effects of ratings outside the normal distribution. This figure is provided as the trimmed mean. A high standard deviation can be legitimate, but can sometimes indicate 'gaming' is occurring. Consider a simplified example* of an item receiving ratings of 100, 50, & 0. The mean average rating would be 50. However, ratings of 55, 50 & 45 could also result in the same average. The second average might be more trusted because there is more consensus around a particular rating (a lower deviation).
(*In practice, some albums can have several thousand ratings)
This album is rated in the top 2% of all albums on BestEverAlbums.com. This album has a Bayesian average rating of 78.6/100, a mean average of 76.9/100, and a trimmed mean (excluding outliers) of 78.7/100. The standard deviation for this album is 17.0.

This record creates a vibe that is rare and spectacular. From the opening haunting notes of the intro through every expression of longing, this album makes you pay attention.

Her voice is better than his, but the sum of the parts is better still. And the bass notes (guitar? synth?) are so bone rattingly dirty that my first thought was that I had been caught doing something wrong. Great effort.

Such a unique album. So simple yet so effective. My highlights are Crystalised, VCR, Islands, Intro and Night Time. a very easy listen, no filler tracks.

I can see why people aren’t the biggest fan of this album. But this album’s atmosphere is magical and some tracks really stand out.

I really like the atmosphere, the songwriting and performances are great (even if I don't particularly like the male vocalist at all). It sounds unmastered to me though, there's something about it that sounds like it's still in the development stage. I guess it could be seen as charming, I just find it a bit distracting and even annoying at times.

Minimalistic indie dream pop that almost reaches perfection. Intro might be one of the most iconic album openers ever. The xx debut reminds us that music that is spacially aware can also be catchy and even danceable.

Your feedback for xx