Everything Was Beautiful (studio album) by Spiritualized

Everything Was Beautiful by Spiritualized
Year: 2022
Release date: 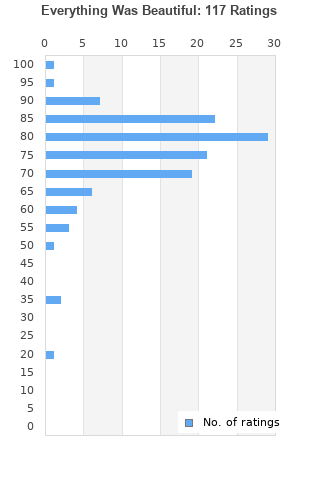 Everything Was Beautiful is ranked 9th best out of 13 albums by Spiritualized on BestEverAlbums.com.

The best album by Spiritualized is Ladies And Gentlemen We Are Floating In Space which is ranked number 239 in the list of all-time albums with a total rank score of 7,779. 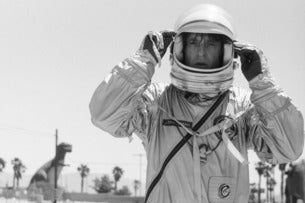 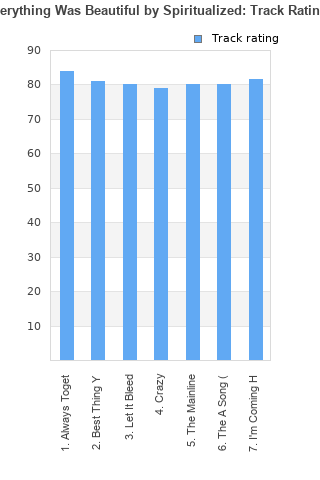 Everything Was Beautiful rankings

Everything Was Beautiful collection

Everything Was Beautiful ratings

Rating metrics: Outliers can be removed when calculating a mean average to dampen the effects of ratings outside the normal distribution. This figure is provided as the trimmed mean. A high standard deviation can be legitimate, but can sometimes indicate 'gaming' is occurring. Consider a simplified example* of an item receiving ratings of 100, 50, & 0. The mean average rating would be 50. However, ratings of 55, 50 & 45 could also result in the same average. The second average might be more trusted because there is more consensus around a particular rating (a lower deviation).
(*In practice, some albums can have several thousand ratings)
This album is rated in the top 3% of all albums on BestEverAlbums.com. This album has a Bayesian average rating of 77.9/100, a mean average of 77.7/100, and a trimmed mean (excluding outliers) of 79.0/100. The standard deviation for this album is 12.3.

Everything Was Beautiful favourites

Everything Was Beautiful comments

This thing actually kinda kicks? So I should preface this by admitting a massive pro-Spiritualized bias. I *want* Jason Pierce to put out another opus, and let myself think maybe each new release will be that. The subliminal Ladies and Gentlemen... callback in the album artwork really helped amp me up this time. The singles suggested something more... tentatively good? So our first single was a song diehards all had heard before – Always Together With You was already released in 2014 – but this new version was a complete re-recording, and arguably a more fleshed out and cleaner mixed one too. Crazy was a pretty good (kinda weak but okay fine) little ditty, not bad? Every song outside those singles kicks. Best Thing You Never Had is straight back to Come Together, and I'm Coming Home Again is the best Spiritualized Closer since Cop Shoot Cop. Just a great Spiritualized record with none of the bad tendencies of Pierce's 21st century output toward over-bloated run-times, painfully gospel nonsense, or "the spaceman" themed bullshit.

This album starts off on a stunning high with the opener “Always Together With You”. This encapsulates everything fantastic about this band. It’s comforting, spacious and soothing, while sounding triumphant and proud at the same time. This is followed by the rocking “Best Thing You ‘ve Never Had" which is the complete opposite of the first track and probably my least favourite of the album because of this. In the mix of all this there is the wonderfully soft country track “Crazy” that suits the vocalist to a tee. The remainder of the track list is filled up with some fantastically well layered pieces of music that are frantic, exciting and energetic throughout.

Your feedback for Everything Was Beautiful