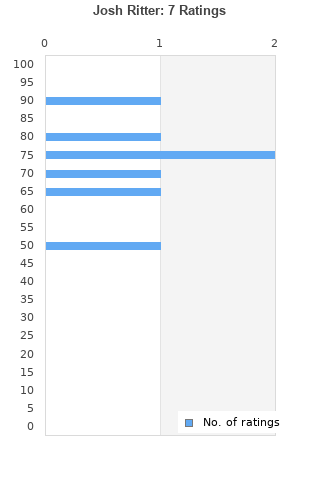 Josh Ritter - Gathering [CD]
Condition: Brand New
Time left: 13h 2m 48s
Ships to: Worldwide
£13.89
Go to store
Product prices and availability are accurate as of the date indicated and are subject to change. Any price and availability information displayed on the linked website at the time of purchase will apply to the purchase of this product.  See full search results on eBay

Josh Ritter is ranked 9th best out of 20 albums by Josh Ritter on BestEverAlbums.com.

The best album by Josh Ritter is The Animal Years which is ranked number 6021 in the list of all-time albums with a total rank score of 212. 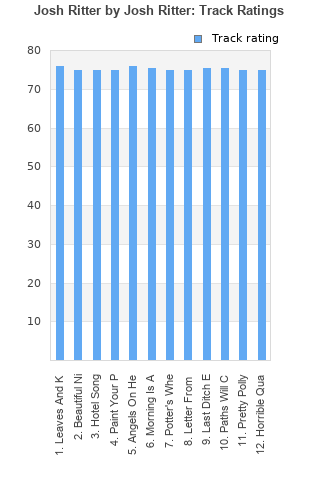 Josh Ritter's debut album is a subdued affair, consisting of solo acoustic songs inspired by love, romance, and the landscapes of the American West and Midwest. As one might expect from a first album by a young singer-songwriter (he was 23 when this album was released), not everything here works, especially the song with the unintentionally apt title "Horrible Qualities." But on "Paths Will Cross," a song Ritter wrote for his friends before he left his native Idaho to attend college at Oberlin, we can easily hear the clever wit and bare vulnerability that have made him one of the best songwriters of his generation.

Josh Ritter has certainly come along way since his first album, a raw, stripped-down, pure folk affair. "Beatiful Night" and "Letter From Omaha" are my favorite tracks.

Your feedback for Josh Ritter