Electra Heart (album) by Marina And The Diamonds 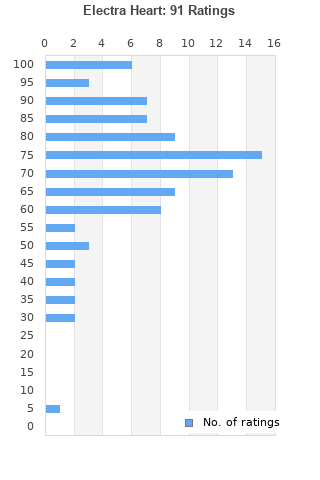 Marina And The Diamonds bestography

Electra Heart is ranked 2nd best out of 3 albums by Marina And The Diamonds on BestEverAlbums.com.

The best album by Marina And The Diamonds is The Family Jewels which is ranked number 2711 in the list of all-time albums with a total rank score of 546. 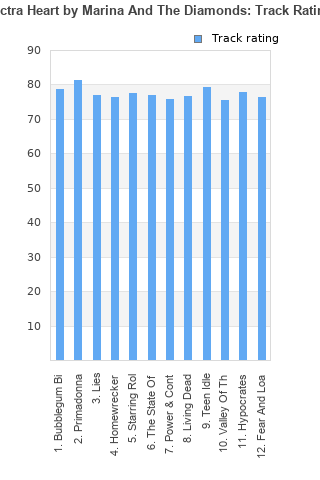 Outliers can be removed when calculating a mean average to dampen the effects of ratings outside the normal distribution. This figure is provided as the trimmed mean. A high standard deviation can be legitimate, but can sometimes indicate 'gaming' is occurring. Consider a simplified example* of an item receiving ratings of 100, 50, & 0. The mean average rating would be 50. However, ratings of 55, 50 & 45 could also result in the same average. The second average might be more trusted because there is more consensus around a particular rating (a lower deviation).
(*In practice, some albums can have several thousand ratings)
This album has a mean average rating of 68.0/100. The trimmed mean (excluding outliers) is 68.7/100. The standard deviation for this album is 18.1.

Terrible sell-out album with extremely cheap production, tracks that mostly sound the same and the worst, it's all ""excused"" because it's trying to make a "statement" or it's a "concept". That's all pretentious lies.

One of the pop's best ever.

her peak, never to be reached again as she is... happy? ironically produced by shit, i mean, hit maker dr luke

so far she's only strong in small doses. This album takes several steps back from her fine if somewhat schizophrenic debut, as this feels even coyer and more pop-oriented than her previous work, and while has a few individual moments that pique some geniune interest, for the most part it's just a forgettable sugar rush. Neither works as a satire or a dance-floor banger.

I barely made it through this one. Marina has a nice voice but I had a hard time hanging with the lyrics & her image. Something about her face really annoys me. Teenage girls who like Lana Del Rey might like this-

A pop album that is an example to be followed by other pop albums.

M & D debut was very successful. Her second album is not as good as the first one but you can hear it :) 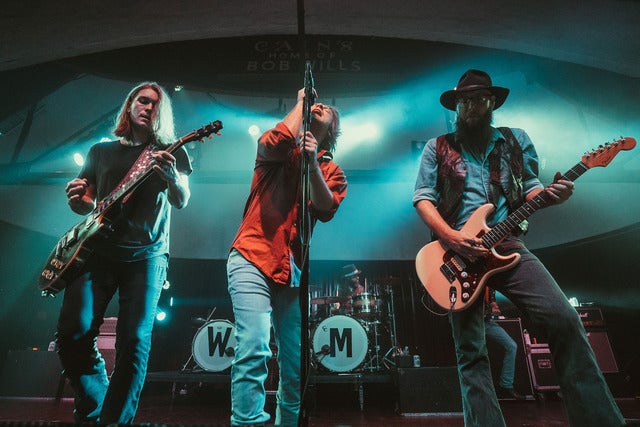 Your feedback for Electra Heart