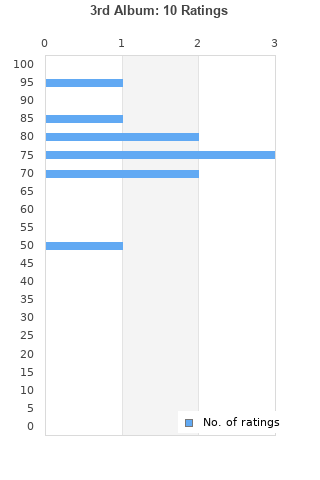 Shocking Blue - 3rd Album Incl. 6 Bonus Tracks (NEW VINYL LP)
Condition: New
Time left: 15h 23m 32s
Ships to: Worldwide
£25.99
Go to store
Product prices and availability are accurate as of the date indicated and are subject to change. Any price and availability information displayed on the linked website at the time of purchase will apply to the purchase of this product.  See full search results on eBay

3rd Album is ranked 3rd best out of 10 albums by Shocking Blue on BestEverAlbums.com.

The best album by Shocking Blue is At Home which is ranked number 11568 in the list of all-time albums with a total rank score of 97. 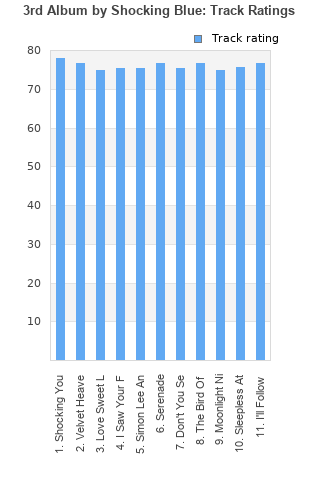 "Inkpot" from 1972 was the fourth album from Shocking Blues with Mariska Veres as a leadsinger. It was also the fourth album released in three years, and you may suspect that songwriter and guitarist Robbie van Leeuwen has been under heavy pressure to continually come up with new songs to the group's records; perhaps this is why the group chose to record three cover songs. At any rate "Inkpot" appears less homogenous than the previous albums.

This does not mean that the album can be called weak; with strong Van Leeuwen originals like "Navajo Tears", "Inkpot" and partly also "Hey", it is an album not to be ignored.

It is worth noting that "Inkpot" was originally released in two different versions. One version replaces the somewhat pale "Blue Jeans", "Tobacco Road", "Who Save My Soul," "Red Leaves" and "I Melt Like Butter", with significantly stronger singletracks like "Out of Sight Out of Mind" "I Like You", "Blossom Lady", "Give My Love To The Sunrise" and "Is This a Dream". This alternate version obviously comes out far more attractive than the original Dutch version. The four stars are for the version with the singles.

As with the previous albums the musical side is top-class. It is a pleasure to listen to Van Leeuwen's varied and effective guitar playing - and Veres, of course, is as always an indispensable focal point.

Your feedback for 3rd Album