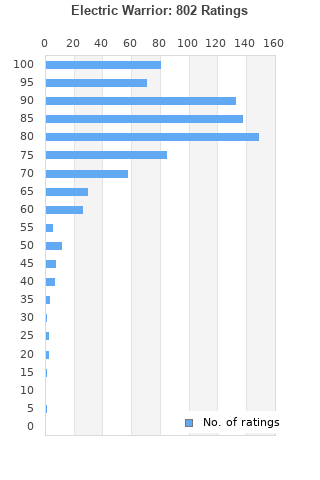 T-Rex - Electric Warrior - 2012- CD SEALED
Condition: Brand New
Time left: 2h 2m 23s
Ships to: Worldwide
$15.00
Go to store
Product prices and availability are accurate as of the date indicated and are subject to change. Any price and availability information displayed on the linked website at the time of purchase will apply to the purchase of this product.  See full search results on eBay

Electric Warrior is ranked as the best album by T. Rex. 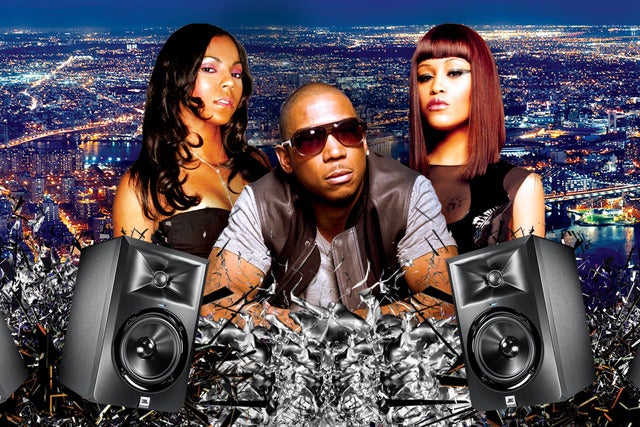 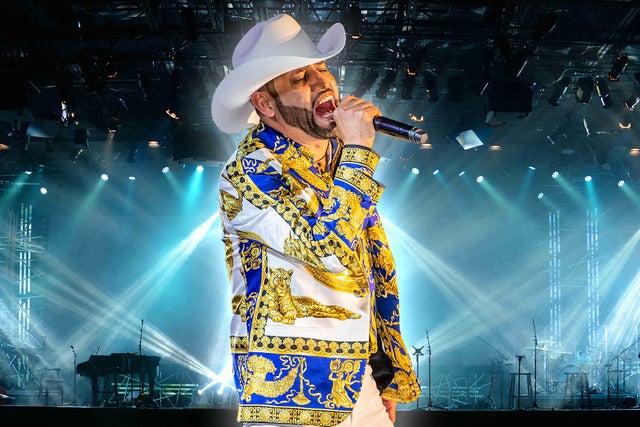 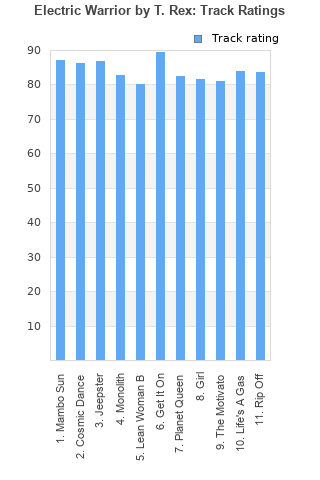 Rating metrics: Outliers can be removed when calculating a mean average to dampen the effects of ratings outside the normal distribution. This figure is provided as the trimmed mean. A high standard deviation can be legitimate, but can sometimes indicate 'gaming' is occurring. Consider a simplified example* of an item receiving ratings of 100, 50, & 0. The mean average rating would be 50. However, ratings of 55, 50 & 45 could also result in the same average. The second average might be more trusted because there is more consensus around a particular rating (a lower deviation).
(*In practice, some albums can have several thousand ratings)
This album is rated in the top 1% of all albums on BestEverAlbums.com. This album has a Bayesian average rating of 82.7/100, a mean average of 81.9/100, and a trimmed mean (excluding outliers) of 82.8/100. The standard deviation for this album is 13.4.

Glam rock powerhouse T. Rex escaped my attention until I was a teenager, when I first heard supergroup Power Station's cover of "Bang a Gong (Get It On)." Even now I'm not so sure it's a great song, but it's a pretty good gateway drug into Electric Warrior, which is undoubtedly their most exciting and rocking album. While not quite as ambitious as fellow glam rock superstar David Bowie, Marc Bolan and company carved out a niche within the genre with their crackling guitars and endless pop hooks. An excellent album by one of the decade's greatest bands. I'd suggest "Jeepster" is the place to start here, but the whole album is incredibly consistent.

Remarkable, fun, funky and groovy. Such a cool album!

One of the most FUN albums ever. Maybe not the greatest of all time but it's a solid listen through and through. Life's a Gass when you're doing the Mambo Sun to this album that is anything but a Rip Off.

Your feedback for Electric Warrior