Above (studio album) by Mad Season 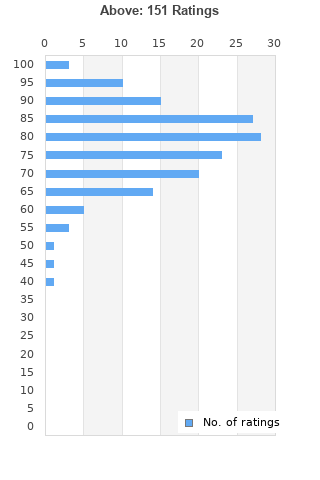 MAD SEASON - ABOVE * NEW CD
Condition: Brand New
Time left: 2h 3m 54s
Ships to: Worldwide
$30.49
Go to store
Product prices and availability are accurate as of the date indicated and are subject to change. Any price and availability information displayed on the linked website at the time of purchase will apply to the purchase of this product.  See full search results on eBay

Above is ranked as the best album by Mad Season. 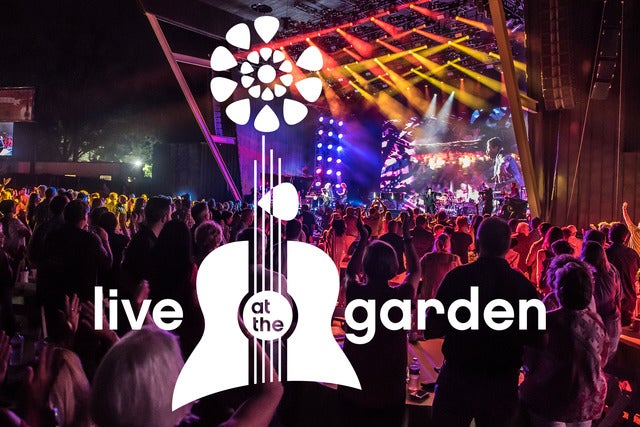 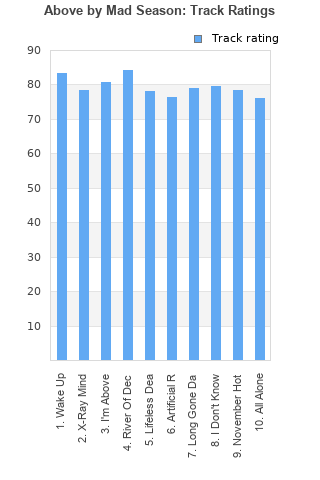 Rating metrics: Outliers can be removed when calculating a mean average to dampen the effects of ratings outside the normal distribution. This figure is provided as the trimmed mean. A high standard deviation can be legitimate, but can sometimes indicate 'gaming' is occurring. Consider a simplified example* of an item receiving ratings of 100, 50, & 0. The mean average rating would be 50. However, ratings of 55, 50 & 45 could also result in the same average. The second average might be more trusted because there is more consensus around a particular rating (a lower deviation).
(*In practice, some albums can have several thousand ratings)
This album is rated in the top 4% of all albums on BestEverAlbums.com. This album has a Bayesian average rating of 77.7/100, a mean average of 77.7/100, and a trimmed mean (excluding outliers) of 78.0/100. The standard deviation for this album is 11.2.

“Wake Up” and “Long Gone Day” are essential 90’s masterpieces. I never got the buzz for “River of Deceit”, though.

This album as a whole might be inconsistent, but the best cuts are undervalued, and incredibly moving. With the unique and powerful vocal styling of Staley, combined with an alliance of all-star adroit musicianship from The Screaming Tress, The Walkabouts, and Pearl Jam, this joint venture hearkened to the days of Temple of the Dog. Moody, and often finessed with a certain subtlety, the compositions infuse pensiveness with elements of blues and jazz, to varying effects, and the eponymous track sounds like a mishmash of The Beatles, Led Zeppelin, and Black Sabbath rolled up into a single parcel. Some tracks, further, borrow Pearl Jam influences; however, the tone and lyricism unmistakably parallel Staley's reflective content seen in music by Alice in Chains. Martin even described Staley's commitment to his craft here as a "spiritual mission".

A fourth of the way through the album, "River of Deceit" anchors "Above" and establishes it as a piece of culture with artistic direction. It's unquestionably the prominent single, gripping a moiety of society and never letting go. But I want to shift attention to a lesser-known selection.

The desperation gushing out of Staley's lips in "Wake Up" is one of the most honest moments in recorded popular music history, in my personal opinion. It spoke to hundreds of thousands of people across the world who are afflicted with addiction and depression, and not only that, but it was a desperate self-appeal - as if Staley was begging himself to adjust his own trajectory while he still had a fighting chance. The seven painful years of continuous struggle that followed proved to be an exercise in how devastating and destructive that addiction can be on the human will. In 1999, Mad Season dissolved to drummer Saunders' death by overdose, and sadly Staley soon followed suit three years later, after years of isolation. One can only hope that they were able to find the alleviation that they craved. Tragic that it had to come with death, and it's sad to know that some of the most talented in our society face such pain and hopelessness. Their music, nonetheless, endures and acts as testament and tribute to their lives and to their creativity.

Very atmosferic and psychedlic...sometimes it reminds me of The Doors.Wonderful if you use this as a soundtrack for a vacation in a hot place.

Amazing from start to finish, I don't know what else to say. Very underrated album.
Favourite song on it - Wake Up and River of deceit

With musicians from Alice in Chains, Pearl Jam, and Screaming Trees, this record could be the epilogue of the grunge era.
For sure, in the top ten of 1995

Listening to this again and it just gets better every time. The whole album is driven by Staley's voice, which I really enjoy, so if you're not a fan you might be left cold. But it's a very driving album that rivals anything Alice in Chains (and Pearl Jam, for that matter) ever did. River of Deceit is great but Wake Up and Long Gone Day might be my favorites. A long grinding ride but there's never a dull moment.

River of Deceit is superb. The rest is hit or miss, I'm not such a fan Staley's too typically grungy voice.

Extremely underrated. This is in my top 5 grunge albums. I agree every song here is quality. Staley just had such an amazing voice.

I am amazed this wasn't ranked higher. What a great album from a talented mix and match band. Every single song is worth listening to over and over again. And with the limited exposure they got it's great to introduce people to them as well. Wish they'd done another one.

Your feedback for Above