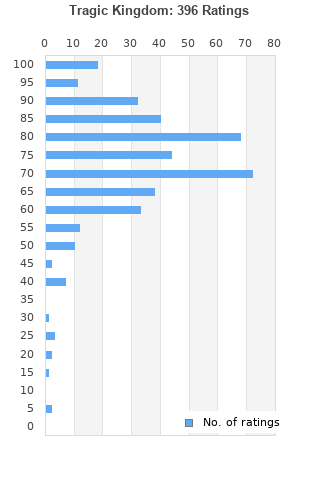 Tragic Kingdom is ranked as the best album by No Doubt. 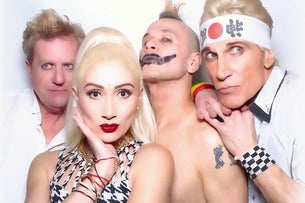 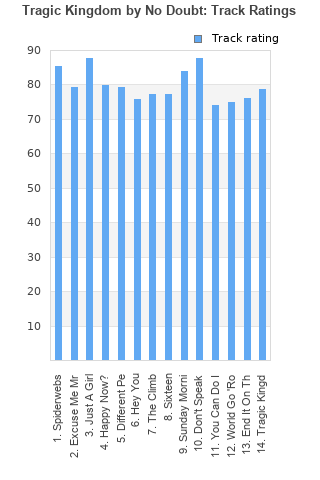 Rating metrics: Outliers can be removed when calculating a mean average to dampen the effects of ratings outside the normal distribution. This figure is provided as the trimmed mean. A high standard deviation can be legitimate, but can sometimes indicate 'gaming' is occurring. Consider a simplified example* of an item receiving ratings of 100, 50, & 0. The mean average rating would be 50. However, ratings of 55, 50 & 45 could also result in the same average. The second average might be more trusted because there is more consensus around a particular rating (a lower deviation).
(*In practice, some albums can have several thousand ratings)
This album is rated in the top 18% of all albums on BestEverAlbums.com. This album has a Bayesian average rating of 74.6/100, a mean average of 73.5/100, and a trimmed mean (excluding outliers) of 74.7/100. The standard deviation for this album is 15.1.

This is a close second to Rock Steady for me. Full of hits and great deep cuts but a ton of filler at the end

No Doubt's first proper album as not-an-11-or-so-give-or-take-piece-ska band is a set of a bunch of songs penned about Stefani's relationship and subsequent breakup with the guitarist Kaman.

It makes for quite a drama and fuel's Sefani's best lyrics of her career.

This is the first album I ever bought so I have an affinity for it, but at an attempt for objectivity, it is good not great.

Don't Speak and Just a Girl are excellent and well known singles.

Spiderwebs, Excuse Me Mr. and Sunday Morning are standouts as well.

Tragic Kingdom is overly long and loses my interest past Don't Speak docking some points for me. It would have been a service to the material to scale this down to 11 songs in a classic less is more lesson.

No Doubt gets progressively worse from here but it's Stefani's rise to fame and longevity of popularity that is the interesting tale and here is where it all started.

That and the drummer always played naked which had to at least garner a few extra fans.

I really wish they would come out with another album this good. Such a great album even years later!

Man, I sure wish Gwen Stefani was still making music like this! I remember purchasing this album back when it was new after hearing "Spiderwebs" and "Don't Speak" on the radio. The album remained in constant rotation on my CD player for many years thereafter and I count it as one of those "special" albums where everything about it seems to work it its favor. This is one of those rare CDs that you can listen right through without having to skip any tracks. I'd say there are maybe 5 absolute classics, 6 very good tracks and 3 okay ones.

No Doubt's best album. Unfortunately, it's pretty much their only good album.

Nonetheless, one of the best albums of the 90's.

There are several outstanding tracks, but it feels just a bit inconsistent.

Your feedback for Tragic Kingdom