CLPPNG [Slipcase] [Parental Advisory] by clipping..
Condition: Brand New
Time left: 1d 14h 48m 33s
Ships to: Worldwide
$17.17
Go to store
Product prices and availability are accurate as of the date indicated and are subject to change. Any price and availability information displayed on the linked website at the time of purchase will apply to the purchase of this product.  See full search results on eBay

CLPPNG is ranked as the best album by clipping.. 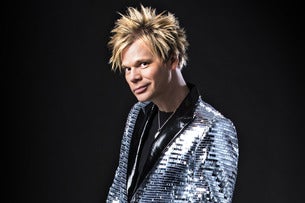 Rating metrics: Outliers can be removed when calculating a mean average to dampen the effects of ratings outside the normal distribution. This figure is provided as the trimmed mean. A high standard deviation can be legitimate, but can sometimes indicate 'gaming' is occurring. Consider a simplified example* of an item receiving ratings of 100, 50, & 0. The mean average rating would be 50. However, ratings of 55, 50 & 45 could also result in the same average. The second average might be more trusted because there is more consensus around a particular rating (a lower deviation).
(*In practice, some albums can have several thousand ratings)
This album is rated in the top 4% of albums on BestEverAlbums.com. This album has a mean average rating of 77.0/100. The trimmed mean (excluding outliers) is 77.6/100. The standard deviation for this album is 13.9.

Not only my favourite album from 2014, but also the one I've listened to the most (the two don't always correlate). There's so much good here, it's sharp and fluid but it also sounds like a parody of hip-hop tropes. There are some tracks I just don't enjoy at all but even that doesn't detract from the album as a whole. If this is their first-album statement, I can't wait to hear what else they can do.

Best track: Taking Off. Took a little while to grow on me but I love the lyrics in this one. And that beat that sounds like an exponential curve floating into nothing...

This is very experimental, clipping. are not afraid to push boundaries with their beats but still keep that somewhat gangster style flow on most tracks.

I've tried listening to this album a couple times per year since it came out. For whatever reason, it finally clicked for me. Love every moment of the album.

Really fucking good, atmospheric experimental hip-hop. Couple of cringey spots stop it from being 100/100 but nonetheless this record is ridiculously good and satisfying. I enjoyed myself the entire way through, kept me fully interested throughout. Up there with Kendrick as top tier modern hip-hop.

When I first heard this album wasn't as abrasive as Midcity, I was disappointed. Midcity's harshness is what made it stand out. However, upon hearing CLPPNG for the first time I realized clipping has a lot more up their sleeves than I had originally thought. I've listened to this album many times since then and now I enjoy it more than Midcity.

Body and Blood is one of my favorite songs of the year. It's just so intense and dark while still having one of the catchier beats on the album. Story 2 has excellent, well, storytelling. Ends and Or Die have a nice sense of urgency and the hooks on Summertime and Inside Out are great as well. The only track I still don't like is Tonight. Some people argue that it's self-aware, though I don't really care whether it is or not, it's just annoying to me. Aside from that, it's really a fantastic album.

Pretty good if you're looking for alternative and progressive rap. I wish I had heard this album earlier and not so soon after listening to Shabazz Palaces' new one, it's a little bit of a prog rap overload. But I have a heavy, heavy bias towards hip-hop music anyway. The album started out great and was visceral, but it loses a lot of steam as it progresses. Every track is more of the same, which could be a good or bad thing, but for whatever reason I loss interest half way because I pretty much understood where the rest of the album was going.

This album is ridiculously underrated. Best project of this year.

Your feedback for CLPPNG