Black Messiah (studio album) by D'Angelo And The Vanguard 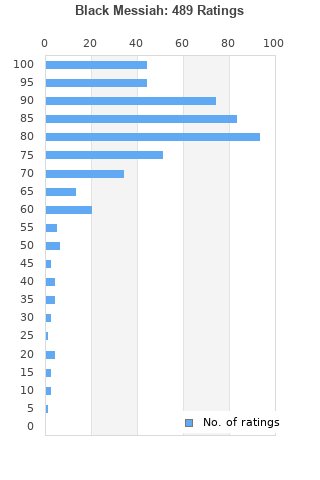 D'Angelo And The Vanguard bestography 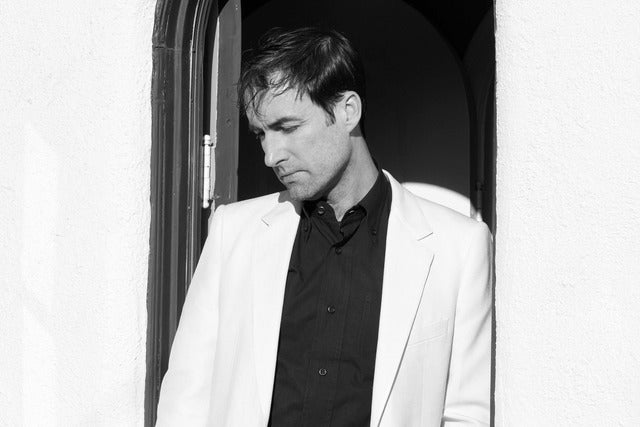 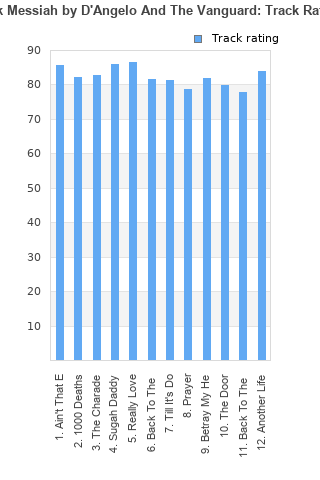 Rating metrics: Outliers can be removed when calculating a mean average to dampen the effects of ratings outside the normal distribution. This figure is provided as the trimmed mean. A high standard deviation can be legitimate, but can sometimes indicate 'gaming' is occurring. Consider a simplified example* of an item receiving ratings of 100, 50, & 0. The mean average rating would be 50. However, ratings of 55, 50 & 45 could also result in the same average. The second average might be more trusted because there is more consensus around a particular rating (a lower deviation).
(*In practice, some albums can have several thousand ratings)
This album is rated in the top 1% of all albums on BestEverAlbums.com. This album has a Bayesian average rating of 81.2/100, a mean average of 79.9/100, and a trimmed mean (excluding outliers) of 81.4/100. The standard deviation for this album is 15.9.

An album that starts out great with the first few tracks but slowly drifts away in terms of quality. At times it is just too slow and there isn't enough substance to proper delve into the album. The tracks and the album could do with being cut down as there is a lot of filler. Despite this, the album has got an incredible groove and they definitely create some fantastic rhythms. When they get it right, they smash it and if they kept that up the album could be phenomenal. Overall, just lacking in a few key things that hold this record down.

Seminal R&B / funk release from D’Angelo and the Vanguard which also manages to meld hip hop, soul, gospel, blues, jazz and rock into a beautiful recipe

Highlights: All of Them.

I didn't understand the hype of this album, maybe I got to listen to it more.

Maybe it's just my mood, but I vibed with this more than the other D'Angelo albums.

Black Messiah is a low-key album, one that takes time to fully absorb and that can be difficult to categorize. It contains elements of neo-soul and hip hop, but it's the smoky, sexy grooves that D'Angelo sinks into on tracks such as "Really Love" that sets this album apart from its peers. Pitchfork calls it "a study in controlled chaos," which seems about right, given that the album was over a decade in the making. Given the enormous talent that D'Angelo obviously is, I hope for his sake that his artistic achievement on this excellent album help him to overcome the personal struggles (DUI's and arrests for possession of illegal drugs) that so far have caused so many hiccups in his otherwise brilliant career.

This is a brilliant, funky comeback from D'Angelo who has now turned in 3 consecutive masterworks. Thematically and sonically expansive, this is a record to completely immerse yourself in.

The latest and greatest installment of the ever evolving Neo-Soul genre who D'Angelo helped popularize. My favorite album in the genre. There's no one song or moment on this album to blow you away but there's also no weak spots. It's incredibly solid all the way through. You can just melt away in the layering of D'Angelo's unique voice, along with other great voices on this thing.

Your feedback for Black Messiah