They Want My Soul (studio album) by Spoon 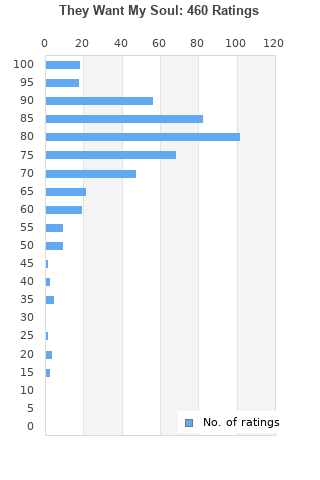 Spoon - They Want My Soul [CD]
Condition: Brand New
Time left: 1d 22h 40m 27s
Ships to: Worldwide
£8.73
Go to store
Product prices and availability are accurate as of the date indicated and are subject to change. Any price and availability information displayed on the linked website at the time of purchase will apply to the purchase of this product.  See full search results on eBay

They Want My Soul is ranked 2nd best out of 12 albums by Spoon on BestEverAlbums.com.

The best album by Spoon is Ga Ga Ga Ga Ga which is ranked number 670 in the list of all-time albums with a total rank score of 2,820. 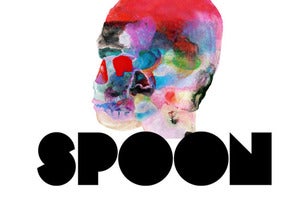 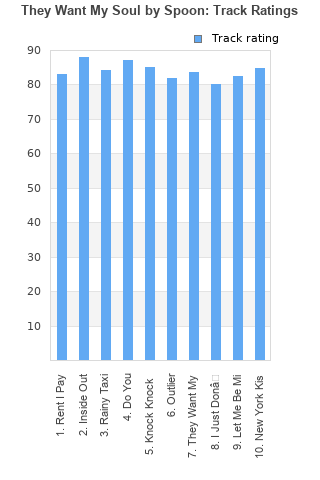 They Want My Soul rankings

They Want My Soul collection

They Want My Soul ratings

Rating metrics: Outliers can be removed when calculating a mean average to dampen the effects of ratings outside the normal distribution. This figure is provided as the trimmed mean. A high standard deviation can be legitimate, but can sometimes indicate 'gaming' is occurring. Consider a simplified example* of an item receiving ratings of 100, 50, & 0. The mean average rating would be 50. However, ratings of 55, 50 & 45 could also result in the same average. The second average might be more trusted because there is more consensus around a particular rating (a lower deviation).
(*In practice, some albums can have several thousand ratings)
This album is rated in the top 2% of all albums on BestEverAlbums.com. This album has a Bayesian average rating of 78.8/100, a mean average of 77.7/100, and a trimmed mean (excluding outliers) of 78.9/100. The standard deviation for this album is 13.6.

They Want My Soul favourites

They Want My Soul comments

I really wasn't expecting to love this album as much as I do. So ethereal with gooey basslines, apt vocals and memorable hooks. Wow.

If I have to identify my favorite Spoon album, I think this is it. It's hard to say why, because every Spoon album is great and has something special to offer. I think "They Want My Soul" is the one that stands out for me because of its feel, of how the songs seamlessly follow each other and because of its hits (Outlier, Inside Out, Rainy Taxi and They Want My Soul are among my favorite Spoon tracks ever). Spoon is awesome and this album too!

Another great Spoon album. One of the first albums I have ever boughten, and over four years since its release I'm still loving this.

Based on their output so far in their career, I rate They Want My Soul just about an exactly average Spoon record: not quite as good as Gimme Fiction or Girls Can Tell, but slightly better than A Series of Sneaks or Transference. Put another way, They Want My Soul is a really good album. That's how consistent Spoon has been. This is more of a treading water kind of album rather than a groundbreaking masterpiece, but that's the thing with Spoon--all their albums find a memorable groove, and all are worth owning and reward repeated listens. "Do You," the lead single from this album, is quintessential Spoon: groovy, full of hooks, with a distinct blue-eyed soul influence that sets them apart from other indie rock bands. Great stuff, as always, from one of the great bands of their generation.

Supreme indie-rock album from Spoon who show no signs of debilitation. "They Want My Soul" is a smartly written and excellently produced album that also has potential to be a huge crowd-pleaser, with its hooks and anthemic nature, rather than an unappealing critical darling.

Every track is impressive and what sets this apart from run-of-the-mill indie albums is its sheer consistency and all the finer details in the production which reward repeat listens. A great record.

My first introduction to Spoon. Cant stop listening to it. Cant wait for the rest

They Want My Soul is consistently good. There aren't really any stand out tracks other than Do You?

This is middle of the road Spoon. It is below the killer 3 album run of Gimme Fiction, Ga Ga, Transference. But better than their early work

Your feedback for They Want My Soul