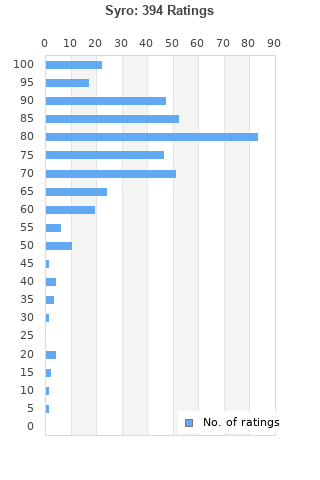 Syro is ranked 4th best out of 19 albums by Aphex Twin on BestEverAlbums.com.

The best album by Aphex Twin is Selected Ambient Works 85-92 which is ranked number 235 in the list of all-time albums with a total rank score of 8,169. 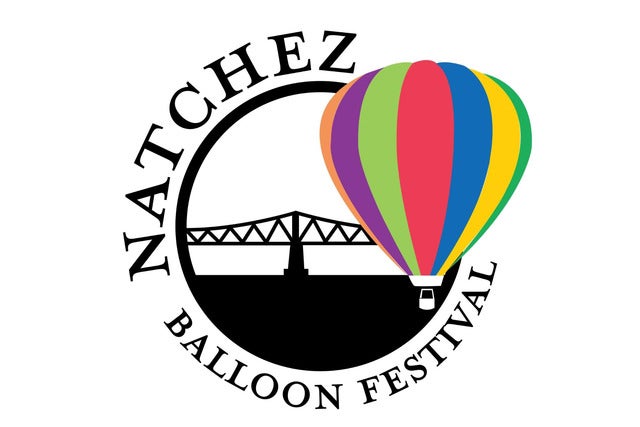 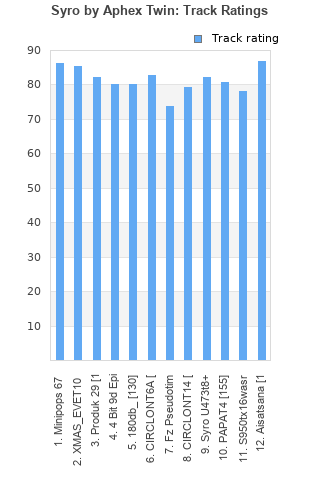 Rating metrics: Outliers can be removed when calculating a mean average to dampen the effects of ratings outside the normal distribution. This figure is provided as the trimmed mean. A high standard deviation can be legitimate, but can sometimes indicate 'gaming' is occurring. Consider a simplified example* of an item receiving ratings of 100, 50, & 0. The mean average rating would be 50. However, ratings of 55, 50 & 45 could also result in the same average. The second average might be more trusted because there is more consensus around a particular rating (a lower deviation).
(*In practice, some albums can have several thousand ratings)
This album is rated in the top 4% of all albums on BestEverAlbums.com. This album has a Bayesian average rating of 77.5/100, a mean average of 76.3/100, and a trimmed mean (excluding outliers) of 77.6/100. The standard deviation for this album is 15.8.

I suggest people listen to Syro after numerous listens to his previous works. It gives a lot of meaning and weight to the album, as there are numerous subtle cues and callbacks to other tracks in his discography. Hearing how RDJ's abilities have evolved while he became more methodical.. spiritual and open with age; is also a huge part of the experience.

The most meticulously and effectively executed album I have ever heard.

Sigh.. ok it's good. But honestly it's very underwhelming for a comeback album. I was hoping for something more complex, new and interesting but he just went back to his roots. Guess I need to listen to it again again. I had high expectations so I was expecting something else.. I've definitely liked his stuff after it more so I'm still excited about future projects. To me Drukqs is his best work, it's beautiful, dark and personal and layered with unique sounds and styles.

The Aphex Twin reddit community comes adorned with the tagline, "The Man, The Myth and the Pseudo-Transcendent Beats." All three aspects have their own exclusive rabbit holes. The story of the prodigal son of electronic music from the southwest of England comes fastened with as many legends and myths as one could fathom, almost equalling the astronomical size of the catalogue itself. One of these anecdotes implies that the "Twin" referenced in his moniker is an homage to his stillborn brother who arrived three years prior to the man himself, to which his mother maintained that "the next one will be him". Who could forget the testimony that at age 11, he designed a program that created music for a ZX81, a pre-historic home computer that was not capable of producing sound, for which he was payed 50 pounds for his trouble. Would we really be astonished if these tall tales were more veracious than what common sense would have us believe? When he's not embedding his own face into spectrograms of his music or dropping hundreds of tracks on Soundcloud coyly under the guise of his user18081971 pseudonym, he's enjoying a career renaissance nestled away in his home in Scotland. Cornwall's own Richard David James' latest album is a masterpiece and a stirring testament to his brilliance all these years later.

RDJ has adopted a slew of sobriquets throughout the years, names like AFX, Polygon Window, The Tuss, GAK, Power-Pill, Caustic Window and Bradley Strider just to name a few. However, for 2014's Syro, he stuck to the namesake by which we know him best. The sixth LP under the Aphex Twin umbrella is notably warm in timbre which comes as a stark deviation from his previous effort, 2001's Drukqs, which brandished prepared piano and dissonant drill 'n' bass passages. 13 years is an extensive amount of time to go between albums but RDJ's highly discernible refocusing is evident throughout Syro's hour-long runtime. Still, it's not like the beatsmith was entirely dormant during that time. Some of the bubbly, enveloping artifacts for Syro could be found in his 2007 release Rushup Edge flying under the The Tuss flag. It's also important to grasp that James is an artist that is constantly curating his back catalogue for release at any given time, making his creative process impossible to timestamp and endlessly fascinating. RDJ solidified Syro's arrival by commissioning a zeppelin to fill the airways over London adorned with his logo. He always had a flair for the dramatic, or should that be the surreal?

The album commences with Minipops 67 (Source Field Mix), affectionately known by supporters as the "Manchester Track" due to its inclusion in a Manchester setlist in 2007. The official title certainly is fitting, as its named after a line of drum machines produced by Korg in 1967. The music itself is bouncy, with careful weight applied behind each beat. This is no longer the face-melting acid and tribal drill 'n' bass more akin to a previous iteration of Richard. This is RDJ poking around with a scalpel producing surgical, sonic whimsy with a "kick-your-feet-up" sense of ease. The second track is the 10 minute Xmas_Evet10 (Thanaton3 Mix). It appears like a hissing fog and then combusts with soaked, waterlogged beats that lead into a gliding groove that shapes the track. This "Xmas" is comprised of several distinct sections, à la a Paranoid Android perhaps. What results is a cavernous journey and a surefire album highlight. Sixth track and album centerpiece Circlont6A (Syrobonkus Mix) is the most frenzied outing on Syro, announcing itself with a distorted, jarring vocal sample and traveling at a breakneck pace throughout its duration. It's a skittering, anxious soundscape while never losing the ability to be infinitely danceable across its six and half minute lifespan. As a culminating, tranquil reminder of RDJ's versatility, he bestows Aisatsana on his audience as the final track of the LP. A moving, minimalist piano piece that acts as a ray of sunlight that cuts through cloudy skies after a destructive storm of IDM and techno hysteria. Many have speculated that this is a dedication to his wife as the track is her name "Anastasia" in reverse. The piano is minutely reverbed and subdued as birds chirp in the distance and one can visualize the morning dew formed on the grass at your feet. A wholeheartedly beautiful way to end a record and a concrete monument to the talent of this wonderful artisan.

No matter what nom de plume, AFX or Aphex Twin, Polygon Window or Bradley Strider, there have been but a sparse few who have ever been more cutting edge and strikingly original than Richard David James. Between reinventing himself numerous times, going reclusive and plastering his grinning face throughout Chris Cunningham's nightmare fuel music videos, I'm quite secure in saying that RDJ has done it all. He's even had "Shakespeare" Kanye West try to steal his work and pass it as Yeezy's own. This is in fact the same artist who's had a single peak at number 16 on the UK Singles chart (Windowlicker) and also birthed an LP entitled Expert Knob Twiddlers. Save for maybe 1992's Selected Ambient Works 85-92, no album is more representative of the work of electronic music's most enigmatic personality than Syro. It's labyrinthian, inviting, warm, frightening and is a scorching "fuck you" to those who questioned if RDJ still had it. It stands as nothing less than a modern masterpiece and a remnant of yesteryear in the exciting scope of current electronic music. "Let the old man show you how it's done," the record screams defiantly through wordless beats. It's a sound I'll never get tired of.

Richard has often shied away from interviews and recently even claimed that he will no longer partake in them at all, fueling the belief that we will never fully unravel and understand the phenom that he has been and continues to be. This addendum stands as one of my more personal verses. Richard's music has contorted my own personal definition of music and what sonic shapes it could embody. His melodic forays remain consistently alien to my ears and that's an indicator of a true innovator and pioneer. He wasn't the first to do it. He would surely credit the work of avant-garde legends like Brian Eno and John Cage as inspiration without hesitation. Still, despite subsequent imitators and spiritual legacy bearers, there's still no one who quite sounds like Aphex Twin. The man with the power to move you to tears with ambience or melt your speakers with his patented "Aphex Acid" will always be inherently special to me and my endless journey of musical exploration. Syro will forever be a key piece of that puzzle and Richard's work is an ever-evolving tapestry begging to be traversed. RDJ himself has never commanded praise of any kind. He's often self-deprecating, claiming to be "an irritating, lying ginger kid from Cornwall who should've been locked up in a juvenile detention center". A more appropriate description of the man would be a shimmering genius, musical mad-scientist the likes of which we may never see again. However, if it were up to Richard himself, he'd likely prefer an existence as a whisper that evolves into a subliminal wall of sound; An idea, in lieu of being human at all.

Nearly my favorite of RDJ's work, a true testament to the man and his madcap, unbelievably creative brain.

In 2013 it was Boards of Canada, this year it's Aphex. Maybe it's the fact that I've been so starved of RDJ's music for a while (apart from The Tuss I guess), but this was a grand batch of tracks to return with, and a sign that there's a shitload of new music to come.

Was generally surprised by how much I disliked this album when I first listened to it, but now I'm even more suprised by how much I love it after having listened to it repeatedly since 2014. Compared to all of James' other releases (and as quoted from the man himself) it really is Aphex Twin's "pop record". If you listen to Drukqs and Syro back-to-back then you'll *definitely* hear a gargantuan difference between the two.
Not that the accessibility of James' music grants it anymore artistic weight, but it does give you a pretty decent insight into the mind of an extremely versitile artist. Perhaps, versitility is something he isn't given enough credit for but really should be. Great record.

Wonderful album. It's not necessarily futuristic or groundbreaking, but it still pushes forward by creating a unique and maddening world filled with layers and layers of electronica and percussion - the overall effect after over an hour is dizzyingly great.

This fantastic album is like a maths lesson for your subconscious, delivered by a digital lecturer with a good sense of rhythm and abstract time signatures. It is a piece of electronic art that is only held back by its tendency to jolt you too far out of your comfort zone at times requiring you to take the occasional breather.

Your feedback for Syro