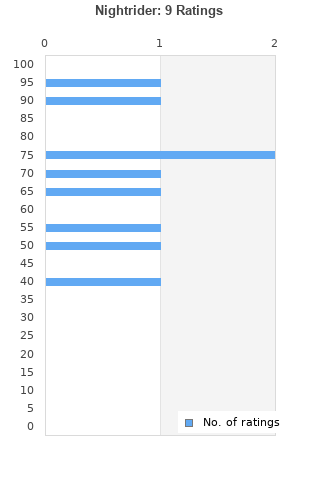 The Charlie Daniel's Band Nightrider LP KSBS-2607 1975 VG+
Condition: Used
Time left: 20h 55m 17s
Ships to: Worldwide
$3.99
Go to store
Product prices and availability are accurate as of the date indicated and are subject to change. Any price and availability information displayed on the linked website at the time of purchase will apply to the purchase of this product.  See full search results on eBay

Nightrider is ranked 4th best out of 21 albums by The Charlie Daniels Band on BestEverAlbums.com.

The best album by The Charlie Daniels Band is Fire On The Mountain which is ranked number 16316 in the list of all-time albums with a total rank score of 64. 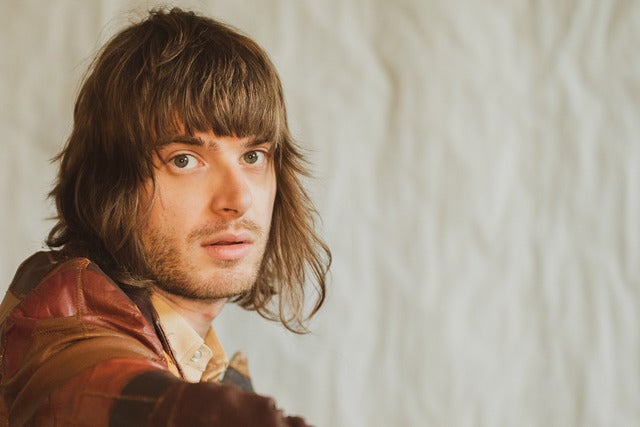 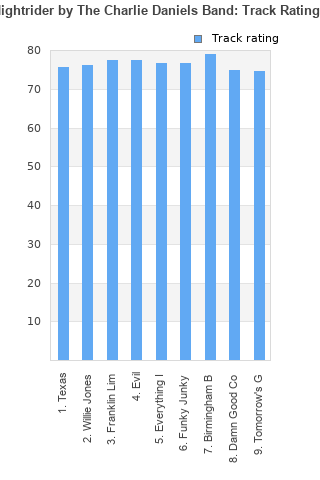 Nightrider is the followup to "Fire On the Mountain", and the first album to feature the "classic" CDB lineup (with the addition of guitarist Tommy Crain, Bass player Charlie Hayward and drummer Don Murray). A bit looser feeling than subsequent albums, but still solid. "Birmingham Blues" remains one of CDB's signature songs.

Your feedback for Nightrider