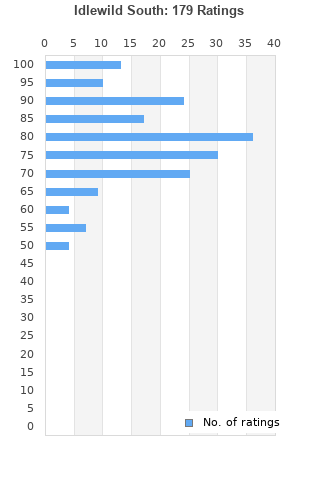 THE ALLMAN BROTHERS BAND MFSL RARE HTF CD GATEFOLD "IDLEWILD SOUTH" LTD.ED.01699
Condition: Very Good
Time left: 9h 45m 32s
Ships to: Worldwide
$49.99
Go to store
Product prices and availability are accurate as of the date indicated and are subject to change. Any price and availability information displayed on the linked website at the time of purchase will apply to the purchase of this product.  See full search results on eBay

Idlewild South is ranked 4th best out of 50 albums by The Allman Brothers Band on BestEverAlbums.com.

The best album by The Allman Brothers Band is At Fillmore East which is ranked number 383 in the list of all-time albums with a total rank score of 5,158. 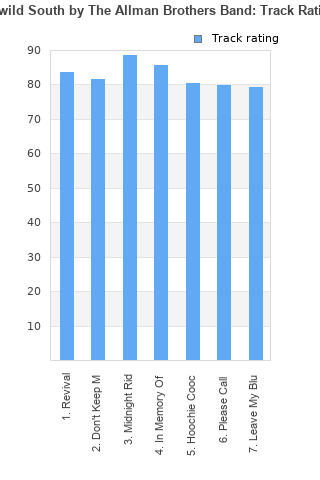 Rating metrics: Outliers can be removed when calculating a mean average to dampen the effects of ratings outside the normal distribution. This figure is provided as the trimmed mean. A high standard deviation can be legitimate, but can sometimes indicate 'gaming' is occurring. Consider a simplified example* of an item receiving ratings of 100, 50, & 0. The mean average rating would be 50. However, ratings of 55, 50 & 45 could also result in the same average. The second average might be more trusted because there is more consensus around a particular rating (a lower deviation).
(*In practice, some albums can have several thousand ratings)
This album is rated in the top 3% of all albums on BestEverAlbums.com. This album has a Bayesian average rating of 78.6/100, a mean average of 78.9/100, and a trimmed mean (excluding outliers) of 78.9/100. The standard deviation for this album is 12.1.

This album benefits from stronger writing than the first one, and the musical talent is unbelievable. It's terrific all the way through. Also, this happens to be a great album to play on a road trip if you ever get the chance.

This would've been a great record if it wasn't for the totally forgettable last two tracks. "In Memory of Elizabeth Reed" is an incredible highlight here, along with the bluesy "Don't Keep me Wonderin'" and the radio friendly "Midnight Rider."

The best studio album they made with Duane. It shows the versatility of the two lead guitar attack and Greg's soulful singing. Midnight Rider is one of the best ever songs.

Good stuff. Really liked the guitars on this one. Very experienced players!

A great and underrated piece of work. Would rate higher if it weren't the length of an EP at barely 30 minutes. Dicky Betts gets his wings as a songwriter here, and the band shows nice growth from their debut effort.

Your feedback for Idlewild South