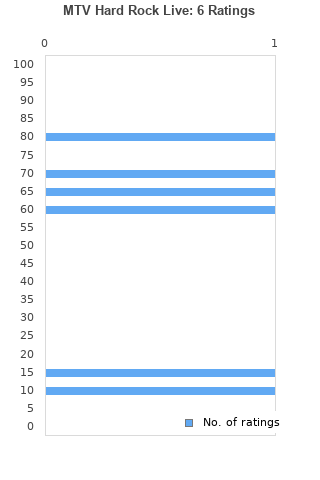 SIMPLE PLAN MTV Hard Rock Live – 2005 COLOMBIAN CD – Alt Rock - RARE!
Condition: Very Good
Time left: 4d 17h 29m 50s
Ships to: Worldwide
£6.00
Go to store
Product prices and availability are accurate as of the date indicated and are subject to change. Any price and availability information displayed on the linked website at the time of purchase will apply to the purchase of this product.  See full search results on eBay

MTV Hard Rock Live is ranked 6th best out of 6 albums by Simple Plan on BestEverAlbums.com.

The best album by Simple Plan is Simple Plan which is ranked number 10920 in the list of all-time albums with a total rank score of 101. 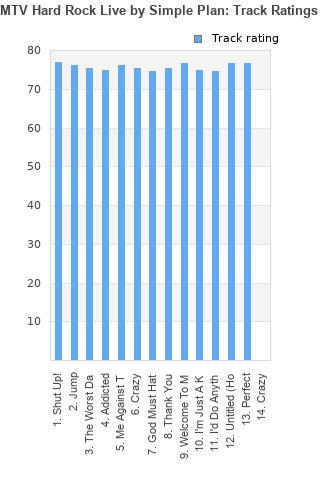 When I went to the CD store I saw the title "Simple Plan - MTV Hard Rock Live", and, well, I love Simple Plan, but... "Hard Rock"?

But then I saw the DVD... What an energy... It was probably the first time I embraced the label "Hard Rock" for Simple Plan.

A few disappointments, I've gotta admit, but it's a collection of songs that are impossible to ruin. Awesome CD. Can't believe I bought it with 10 shekels (a little less than 3$).