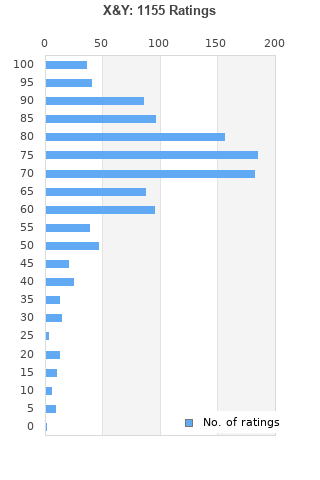 X&Y is ranked 4th best out of 19 albums by Coldplay on BestEverAlbums.com.

The best album by Coldplay is A Rush Of Blood To The Head which is ranked number 101 in the list of all-time albums with a total rank score of 14,859. 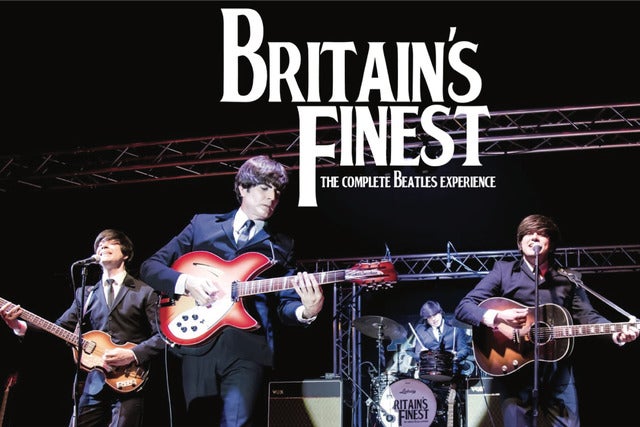 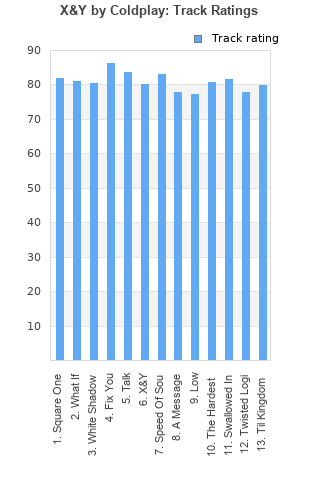 Rating metrics: Outliers can be removed when calculating a mean average to dampen the effects of ratings outside the normal distribution. This figure is provided as the trimmed mean. A high standard deviation can be legitimate, but can sometimes indicate 'gaming' is occurring. Consider a simplified example* of an item receiving ratings of 100, 50, & 0. The mean average rating would be 50. However, ratings of 55, 50 & 45 could also result in the same average. The second average might be more trusted because there is more consensus around a particular rating (a lower deviation).
(*In practice, some albums can have several thousand ratings)
This album has a Bayesian average rating of 71.7/100, a mean average of 70.3/100, and a trimmed mean (excluding outliers) of 71.7/100. The standard deviation for this album is 18.0.

In my opinion, not as good as the earlier ones

The singles are great (Talk, Hardest Part, Fix You and Speed Of Sound) but the rest of the album is a bit meh for me, especially when compared to their first two albums.

At songs like "Square One", they go through musical routes that deserved to be further explored, but they don't. "What if" and "X & Y" were the 2 other interesting tries, but the album overall leaves a lot to be desired, even more if you take into account its length.

One of the best Coldplay albums ever made, possibly *the* best. Not a single bad song and certainly no filler, the deepcuts are just as good as the hits, which is really saying something. The nostalgia/Chris Martin vocals along with "Talk" and "Speed of Sound" makes this my album of the year for '05

Some really high moments and some very low moments. Not a great follow to a near perfect album, however I know that the pressure was there. Rating (80.38)

Only track I skip is "Speed of Sound" as I've heard it way too much. Coldplay's best album IMO.

The themes of the record and the sound of the album give a good coherent vibe. I really like the alternative synth rock sound. The album is better produced than its predecessor.

Very well produced, with a nice clean sound. Also probably the most Coldplay-sounding thing ever. Yet I did enjoy this when it was first released, however overplayed it was at the time.

My mum loved it though which obviously changes everything.

Your feedback for X&Y