Alligator (studio album) by The National 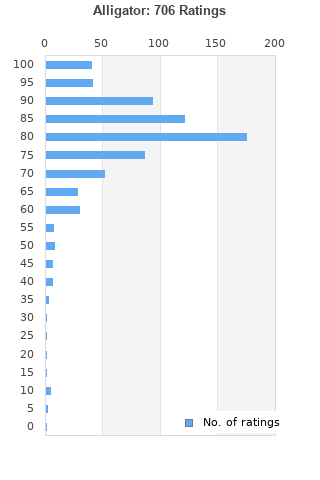 Alligator is ranked 4th best out of 13 albums by The National on BestEverAlbums.com.

The best album by The National is High Violet which is ranked number 134 in the list of all-time albums with a total rank score of 12,661. 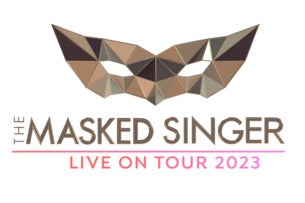 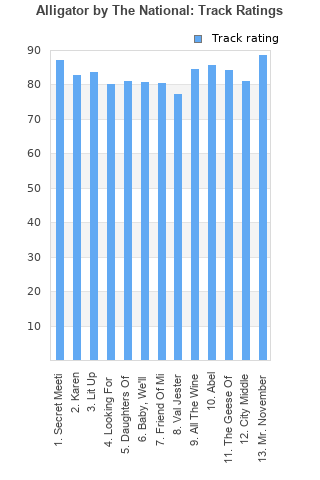 Rating metrics: Outliers can be removed when calculating a mean average to dampen the effects of ratings outside the normal distribution. This figure is provided as the trimmed mean. A high standard deviation can be legitimate, but can sometimes indicate 'gaming' is occurring. Consider a simplified example* of an item receiving ratings of 100, 50, & 0. The mean average rating would be 50. However, ratings of 55, 50 & 45 could also result in the same average. The second average might be more trusted because there is more consensus around a particular rating (a lower deviation).
(*In practice, some albums can have several thousand ratings)
This album is rated in the top 2% of all albums on BestEverAlbums.com. This album has a Bayesian average rating of 80.0/100, a mean average of 78.8/100, and a trimmed mean (excluding outliers) of 80.1/100. The standard deviation for this album is 14.6.

An album that starts off very strongly but then takes a dip in quality in the middle and then redeems itself with some of the closing tracks. Vocally, it is one of my favourite performances on a National album with it being more husky and masculine. The lyrics that accompany this are also very strong and some of the best writing the group has done is on the opening track which is my favourite song. It isn't the only example of great lyricism on this record though as there is many more moments which are great. The atmosphere and vibe they are going for on here is very well maintained and that creates one of the groups most cohesive and complete listens. However, those few songs in the middle which dip in terms of writing and musically just hold this album back for me. Overall, I love this record and think it is a contender with The Boxer to be their best record in my opinion.

I came to this band late - 2019. Starting with Boxer and High Violet. Saw them live that year. This album although earlier than those albums is no less impressive

Indie rockers The National has made a half-dozen albums that easily could have made my top 100 of all time list. That's how consistently great they've been over the past twenty years. Alligator is their best, as it's the album that best utilizes Matt Berninger's smoky baritone and often ambiguous lyrical style. The album's opener and best song, “Secret Meeting,” tells a quintessential introvert's narrative of wanting to become invisible to avoid an awkward social encounter. “Didn’t anybody tell you how to gracefully disappear in a room?” Berninger wonders over Bryan Devendorf’s sparse drum pattern before feigning an apology both plausible and absurd: “I’m sorry I missed you / I had a secret meeting in the basement of my brain.” If you can relate, you understand what it's like both craving social connection and resorting to the most desperate of tactics to avoid it.

Lovely. They refined their craft to this point. Lyrically, it's as strong as Boxer or High Violet - they get the slight edge for more significance musically.

I'm a bit surprised I like this more on first impressions than Boxer, but I will need to wait it out to see if it is truly better.

This is definitely their magnum opus.
Best lyrics I heard in a 2005 release.

no other artist than these can create what they do. great progression through this gem

Really good album, maybe in some ways I prefer it to Boxer, it's a little less claustrophobic and more energetic and fun, though not as consistent since it drops off for a few tracks in the middle. 'Lit Up' is one of their most underrated tracks.

Your feedback for Alligator