Who Made Who (soundtrack compilation album) by AC/DC 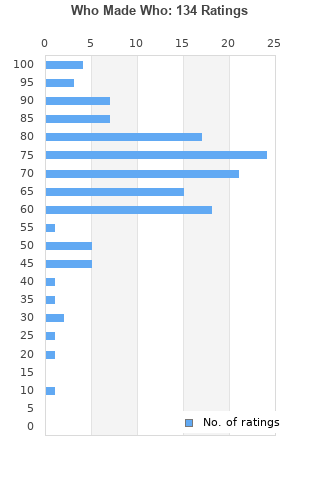 AC/DC ‎– Who Made Who PS A9425 1986 7" Vinyl
Condition: Used
Time left: 6h 36m 51s
Ships to: Worldwide
£8.99
Go to store
Product prices and availability are accurate as of the date indicated and are subject to change. Any price and availability information displayed on the linked website at the time of purchase will apply to the purchase of this product.  See full search results on eBay

Who Made Who is ranked 18th best out of 28 albums by AC/DC on BestEverAlbums.com.

The best album by AC/DC is Back In Black which is ranked number 136 in the list of all-time albums with a total rank score of 12,857. 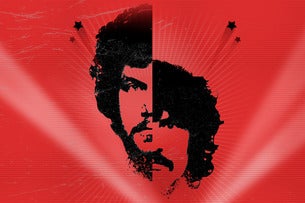 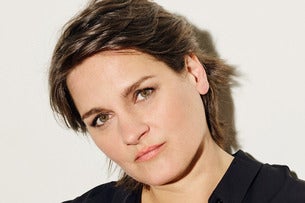 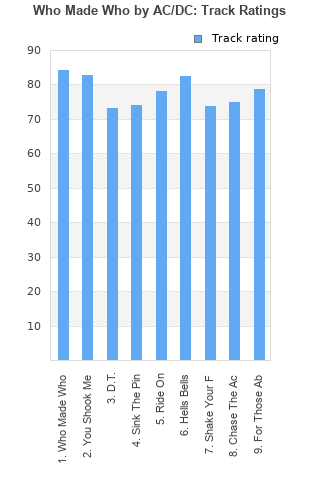 Who Made Who rankings

Who Made Who collection

Who Made Who ratings

Rating metrics: Outliers can be removed when calculating a mean average to dampen the effects of ratings outside the normal distribution. This figure is provided as the trimmed mean. A high standard deviation can be legitimate, but can sometimes indicate 'gaming' is occurring. Consider a simplified example* of an item receiving ratings of 100, 50, & 0. The mean average rating would be 50. However, ratings of 55, 50 & 45 could also result in the same average. The second average might be more trusted because there is more consensus around a particular rating (a lower deviation).
(*In practice, some albums can have several thousand ratings)
This album has a Bayesian average rating of 71.1/100, a mean average of 70.5/100, and a trimmed mean (excluding outliers) of 70.9/100. The standard deviation for this album is 16.9.

Who Made Who favourites

Who Made Who comments

They're my favorite band, so it makes me wish they had simply recorded a full album instead of releasing one amazing track (the title track) with 2 instrumentals and a bunch of older songs. Don't get me wrong - they're all great songs, but the majority of this album comes from prior albums - and that's where those songs belong, respectively.

A solid record, doesn't hurt to fill half of it with already proven great songs.

YOU Shook Me All Night Long AC/DC! I wore this CD out cruising around in high school then bought another copy and it still never gets old. So what if it's a soundtrack/greatest hits...it's still one of the best albums ever.

This is the soundtrack to the film "Maximum Overdrive". For a time, it was the closest to a best of there was from AC/DC. Three new songs...the title track and two poor instrumentals. All of the other tracks are from the Brian Johnson era, except for "Ride On" with Bon Scott. As a soundtrack...okay. As an AC/DC compilation: not so much.

Although this is largely a compilation of older material, the picks are great, and the new material is solid hard rock & roll. Splendid album!

Your feedback for Who Made Who