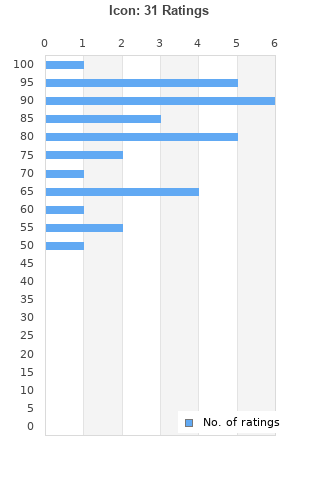 Icon is ranked 2nd best out of 17 albums by Paradise Lost on BestEverAlbums.com.

The best album by Paradise Lost is Draconian Times which is ranked number 5049 in the list of all-time albums with a total rank score of 264. 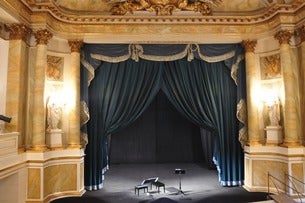 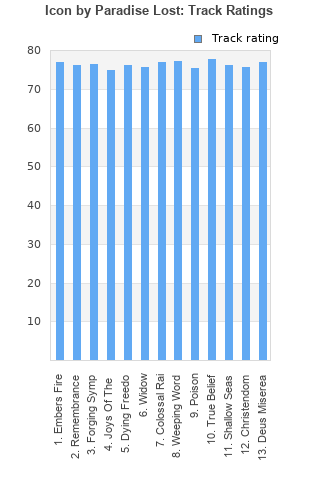 Rating metrics: Outliers can be removed when calculating a mean average to dampen the effects of ratings outside the normal distribution. This figure is provided as the trimmed mean. A high standard deviation can be legitimate, but can sometimes indicate 'gaming' is occurring. Consider a simplified example* of an item receiving ratings of 100, 50, & 0. The mean average rating would be 50. However, ratings of 55, 50 & 45 could also result in the same average. The second average might be more trusted because there is more consensus around a particular rating (a lower deviation).
(*In practice, some albums can have several thousand ratings)
This album is rated in the top 3% of all albums on BestEverAlbums.com. This album has a Bayesian average rating of 77.9/100, a mean average of 79.8/100, and a trimmed mean (excluding outliers) of 79.8/100. The standard deviation for this album is 14.0.

Why so low rated? That's a fantastic "dark" album, my favourite from Paradise Lost.

Rule #2: If you can't be bothered, then just get a day job and leave music creation to folks who will endure the excruciating four week period or so that it takes to learn to sing and play an instrument.

Icon also proves that in music too, and in music particularly, I must stress, less is more.

This is exactly why hardly anyone listens to progressive rock music. It's just too f*cking convoluted for its own good.

Let me put it this way: if you can't image a 40-year-old trucker guy being able to sing along your songs, don't bloody make 'em!

Last I heard Paradise Lost was desperately imitating Depeche Mode or something along those lines. Now, they're probably making disco. Or grind metal. Or jingles. I couldn't care less.

I have my Icon and it's good enough for me.

Your feedback for Icon