The Firstborn Is Dead (album) by Nick Cave & The Bad Seeds 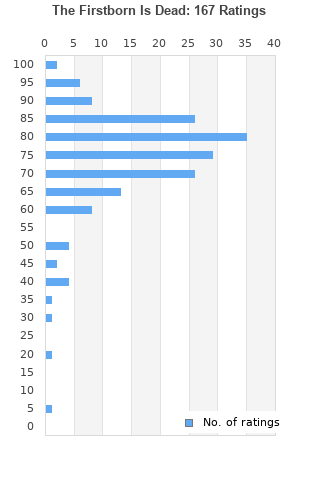 The Firstborn Is Dead is ranked 15th best out of 25 albums by Nick Cave & The Bad Seeds on BestEverAlbums.com.

The best album by Nick Cave & The Bad Seeds is The Boatman's Call which is ranked number 370 in the list of all-time albums with a total rank score of 5,204. 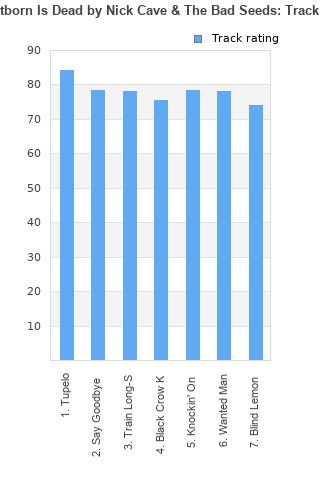 The Firstborn Is Dead rankings

The Firstborn Is Dead collection

The Firstborn Is Dead ratings

Outliers can be removed when calculating a mean average to dampen the effects of ratings outside the normal distribution. This figure is provided as the trimmed mean. A high standard deviation can be legitimate, but can sometimes indicate 'gaming' is occurring. Consider a simplified example* of an item receiving ratings of 100, 50, & 0. The mean average rating would be 50. However, ratings of 55, 50 & 45 could also result in the same average. The second average might be more trusted because there is more consensus around a particular rating (a lower deviation).
(*In practice, some albums can have several thousand ratings)
This album is rated in the top 13% of albums on BestEverAlbums.com. This album has a mean average rating of 74.0/100. The trimmed mean (excluding outliers) is 75.5/100. The standard deviation for this album is 14.7.

The Firstborn Is Dead favourites

The Firstborn Is Dead comments

The follow up to, from her to eternity, the firstborn is dead, is Nick Cave's blues album. It's full of blues imagery, especially on opener, tupelo, about the stormy night when Elvis and Jesse Presley were born. Elsewhere, there's the brilliant, black crow king, the superb, say goodbye to the little girl tree, and closing track, blind lemon Jefferson. Knockin' on Joe, is also a great brooding number. The only weak moment is the slightly boring Dylan cover, wanted man. All in all, another essential Nick Cave record.

A haunting, underrated album. "Tupelo" is definitely the standout track but everything is worth a listen.

I remember buying a black jumper just before getting the Stagecoach bus down to London to see him for this album's tour.

Foxtrot and the Get Down
The Foundry, Philadelphia, United States.

Lisa Rock in Close to You: The Music of the Carpenters
Balboa Theatre, San Diego, United States.

Your feedback for The Firstborn Is Dead