Rum Sodomy & The Lash (studio album) by The Pogues 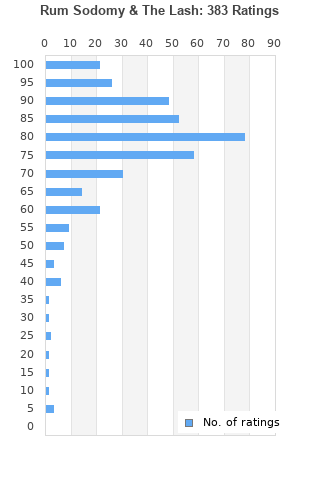 THE POGUES 7 CDS RUM SODOMY IF I SHOULD FALL FROM GRACE VERY BEST ULTIMATE LIVE
Condition: Good
Time left: 10h 6m 42s
Ships to: Worldwide
£7.99
Go to store
Product prices and availability are accurate as of the date indicated and are subject to change. Any price and availability information displayed on the linked website at the time of purchase will apply to the purchase of this product.  See full search results on eBay

Rum Sodomy & The Lash is ranked as the best album by The Pogues. 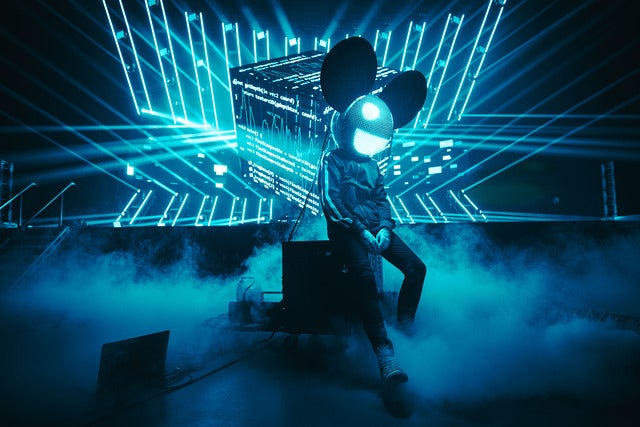 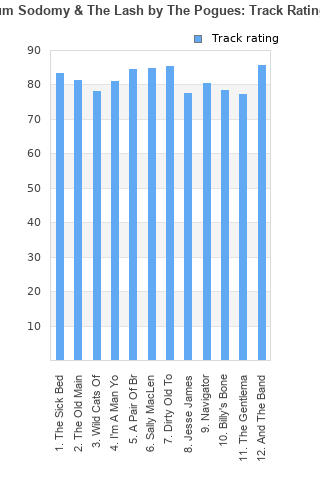 Rating metrics: Outliers can be removed when calculating a mean average to dampen the effects of ratings outside the normal distribution. This figure is provided as the trimmed mean. A high standard deviation can be legitimate, but can sometimes indicate 'gaming' is occurring. Consider a simplified example* of an item receiving ratings of 100, 50, & 0. The mean average rating would be 50. However, ratings of 55, 50 & 45 could also result in the same average. The second average might be more trusted because there is more consensus around a particular rating (a lower deviation).
(*In practice, some albums can have several thousand ratings)
This album is rated in the top 2% of all albums on BestEverAlbums.com. This album has a Bayesian average rating of 79.1/100, a mean average of 77.8/100, and a trimmed mean (excluding outliers) of 79.3/100. The standard deviation for this album is 15.7.

What a great album - only just getting to it. I loved their Fairytale of NY (and think its the best Xmas tune) but never really listened to them. But there are a number of great tunes here culminating in the superb "The Band Played Waltzing Matilda" - great storyline.

Where did Pistol For Paddy Garcia go?

The Pogues best album. Shane McGowan is on top form. It's not brilliant, and is a little inconsistent, but at it's best it's fantastic. Some great songs, especially, sick bed of Cuchulain, a pair of Brown eyes, and the utterly amazing, the old main drag, my favourite Pogues song. The Gallipoli inspired, and the band played waltzing Matilda, is a great way to close a very good album.

Drink along and cry in your beer for a sometimes-very-sad and beautifully tragic world, the way Shane MacGowan sees it. One of the best albums ever, some of the best songs ever written.

The greatest drinking album ever. That's what it's for. Some wonderful songs that have become part of Irelands Heritage. Also a nice Australian folk song as the final track .

Your feedback for Rum Sodomy & The Lash