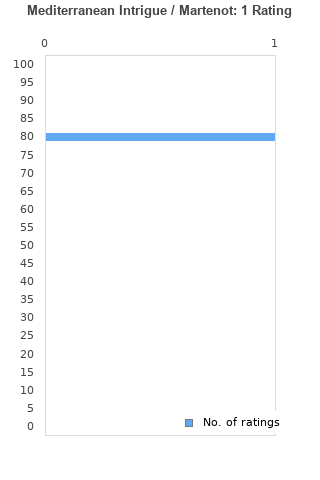 No tracks have been rated on this album yet.
#
Track
Rating/Comments
1.
Barren Landscape - Neil Ardley
Rating: Not enough dataComments:

0
11.
Allegro For Martenot A. - John Leach
Rating: Not enough dataComments:

0
12.
Allegro For Martenot B. - John Leach
Rating: Not enough dataComments:

Your feedback for Mediterranean Intrigue / Martenot