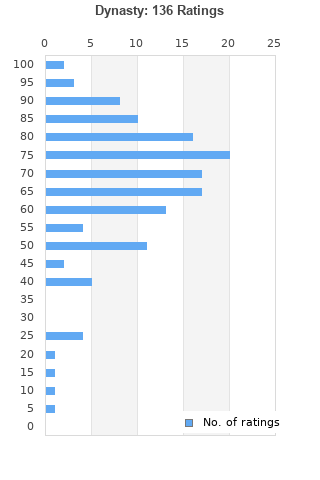 Kiss ‎– Dynasty, LP Vinyl - 120.029
Condition: Used
Time left: 19h 23m 47s
Ships to: Worldwide
$30.00
Go to store
Product prices and availability are accurate as of the date indicated and are subject to change. Any price and availability information displayed on the linked website at the time of purchase will apply to the purchase of this product.  See full search results on eBay

Dynasty is ranked 4th best out of 32 albums by Kiss on BestEverAlbums.com.

The best album by Kiss is Destroyer which is ranked number 1202 in the list of all-time albums with a total rank score of 1,498. 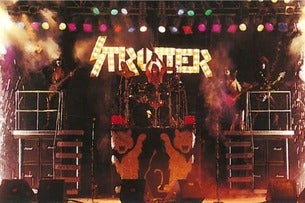 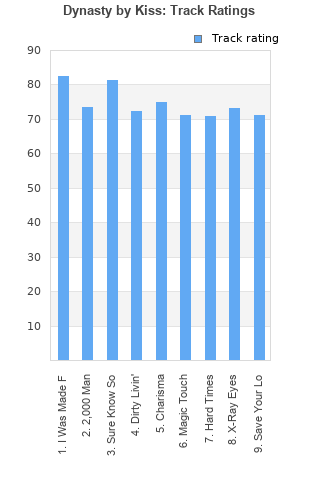 Rating metrics: Outliers can be removed when calculating a mean average to dampen the effects of ratings outside the normal distribution. This figure is provided as the trimmed mean. A high standard deviation can be legitimate, but can sometimes indicate 'gaming' is occurring. Consider a simplified example* of an item receiving ratings of 100, 50, & 0. The mean average rating would be 50. However, ratings of 55, 50 & 45 could also result in the same average. The second average might be more trusted because there is more consensus around a particular rating (a lower deviation).
(*In practice, some albums can have several thousand ratings)
This album has a mean average rating of 66.0/100. The trimmed mean (excluding outliers) is 67.5/100. The standard deviation for this album is 18.7.

Nowhere near one of their top 5 albums. I suspect this is being rated highly on the back the success of 'I was made.....'

Nowhere near one of their top 5 albums. I suspect this is being rated highly on the back the success of 'I was made.....'

This record seems to slip under the radar for many KISS fans. It is a solid record working with a fine producer in Vini Poncia. It was a great collection of songs but with a maturity in the writing. KISS was following the Beatles template and went for a turn towards more artistry and craft on this while maintaining the heavy metal expectations of the fans. The record gets unfair treatment by being only associated with the big hit "I Was Made For Lovin' You" which leaned heavily in the pop/disco direction...but it was a huge hit...and a great song.

The first three or four tracks are excellent, especially, I was made for lovin' you, and a cover of the Stones 2000 man, but after that it goes swiftly downhill.

A kingdom ruled by a band that changed Rock for the worst forever.

Love this album, slick production and great tracks. Not a bad song on the entire album. Also has one of my favorite album tracks from Kiss, Magic Touch.

A shame an album as good as this is ranked lower than Kiss' worst output (Revenge and Carnival of Souls...). An outstanding album

A whole generation have been influenced by this album. I Was Made For Lovin' You, Sure Know Something, Charisma and X-Ray Eyes are truly classics. KISS in body and soul!

Your feedback for Dynasty