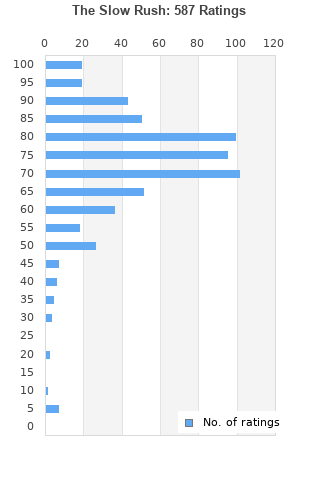 The Slow Rush is ranked 4th best out of 8 albums by Tame Impala on BestEverAlbums.com.

The best album by Tame Impala is Lonerism which is ranked number 68 in the list of all-time albums with a total rank score of 20,359. 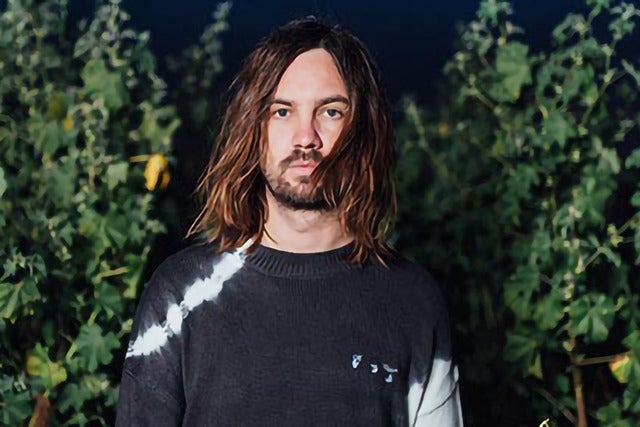 Tickets from Ticketmaster Get tickets
May
26
Thu
17:30

Tickets from Ticketmaster Get tickets
May
27
Fri
22:30 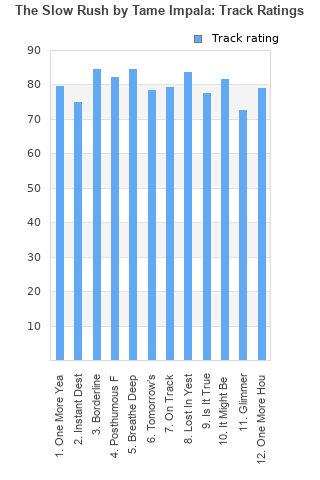 Rating metrics: Outliers can be removed when calculating a mean average to dampen the effects of ratings outside the normal distribution. This figure is provided as the trimmed mean. A high standard deviation can be legitimate, but can sometimes indicate 'gaming' is occurring. Consider a simplified example* of an item receiving ratings of 100, 50, & 0. The mean average rating would be 50. However, ratings of 55, 50 & 45 could also result in the same average. The second average might be more trusted because there is more consensus around a particular rating (a lower deviation).
(*In practice, some albums can have several thousand ratings)
This album has a Bayesian average rating of 73.8/100, a mean average of 73.0/100, and a trimmed mean (excluding outliers) of 73.9/100. The standard deviation for this album is 15.1.

For me Tame Impala Was the Best band of the lastdecade, but with this Kevin low into a little more Pop escene, this is not a bad album and he is going to improve his pop sound in the next one i know

Glad I finally listened to some Tame Impala! I imagine this isn't their best album and that I probably should've started with Lonerism, but I now know that they're pretty good and am definitely going to listen to more.

Not in any way awful, just very average sounding and massively disappointing in how the marvellous previous albums have set it up.

In terms of this site, the album really benefitted in being an early 2020 release, I’m just sat here willing it to drop out the top 10, which it will steadily do in mere weeks.

As easy listening as Tame Impala can be, Kevin Parker never seems afraid to lose old listeners, gain new ones and recycle that process on every new record. After falling in love with Lonerism he lost me a little with Currents. The album was promoted with the lead single and opened with "Let It Happen" possibly his greatest singular track but the rest of Currents seems to meander around with some strong individual moments but never quite coming together cohesively. Currents was hugely popular though as he hit a sweet spot of hazy sexy bops that proved extremely popular.

So it comes as no surprise that The Slow Rush has a largely muted response from a lot of long time Tame Impala fans and with the music community in general. It's not the modern revival psych rock critically adored Lonerism or the dreamy dance floor bedroom pop high selling Currents. It's a very understated album comparitively (though still contains at least 2 or 3 tracks with multiple sections ) and even the lead singles are either droning or just quiet ("Posthumous Forgiveness" a song about his mixed relationship with his recently passed father that is the most ambitious song on the album, was one of the first singles).

The album has large elements of bygone genres - 70s MOR (most obvious on "On Track") Disco ("Is It True") prog, soft rock...point being that the themes of nostalgia, memory and moving on is intentionally done through a filter of older listening FM radio vibes. This could be gimmicky but the songs are strong on their own and even stronger as a whole. It's his most complete album and it feels very intentional in its construction and cohesion (with the obvious beginning and end "One More.." tracks referring to the constant theme of time).

It's an album that kind of breezes by as nothingness the first time you listen to it but I think it does reward multiple listens and for me it's been the perfect compliment for 2020 as we've been forced to reflect and let go of ideas and beliefs and parts of ourself.

I didn't like this album when I first heard it, but I kept giving it a chance & I must admit it is now one of my favourite albums of 2020. It puts a smile on my face every time I play it .... the music triggers memories that keep flooding back into my mind of happier times. I love the way Parker delves into music from different genres of pop/dance on this album especially the dance/disco aspect of the overall sound especially on Borderline, Breathe Deeper, Lost In Yesterday & Is It True. There is no point in comparing it to past projects this album stands on its own.

Doesn't feel as precisely honed as the previous two records, but the textures, melodies and production are excellent. I like the theme of time passing by that weaves throughout the record too.

Your feedback for The Slow Rush