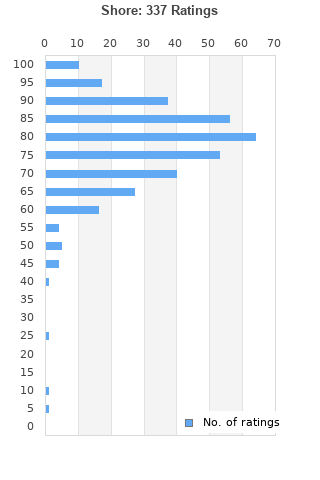 Fleet Foxes Shore 1st Press Ocean Swirl Vinyl SEALED + Extra Decal
Condition: New
Time left: 17h 10m 48s
Ships to: Worldwide
$40.00
Go to store
Product prices and availability are accurate as of the date indicated and are subject to change. Any price and availability information displayed on the linked website at the time of purchase will apply to the purchase of this product.  See full search results on eBay

Shore is ranked 4th best out of 8 albums by Fleet Foxes on BestEverAlbums.com.

The best album by Fleet Foxes is Fleet Foxes which is ranked number 133 in the list of all-time albums with a total rank score of 12,949. 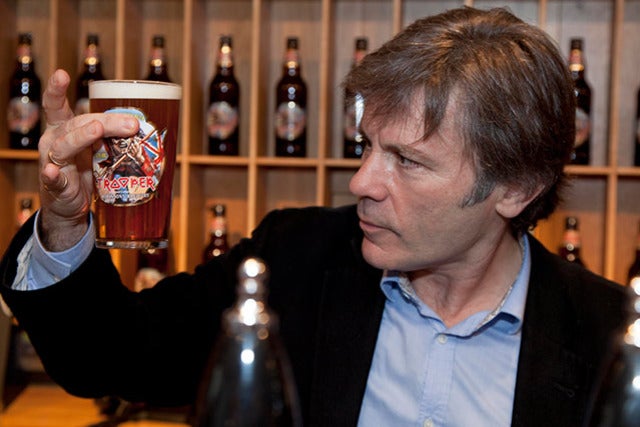 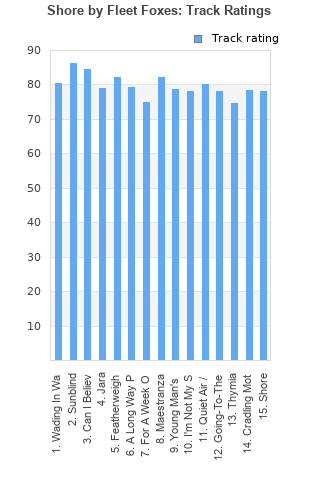 Rating metrics: Outliers can be removed when calculating a mean average to dampen the effects of ratings outside the normal distribution. This figure is provided as the trimmed mean. A high standard deviation can be legitimate, but can sometimes indicate 'gaming' is occurring. Consider a simplified example* of an item receiving ratings of 100, 50, & 0. The mean average rating would be 50. However, ratings of 55, 50 & 45 could also result in the same average. The second average might be more trusted because there is more consensus around a particular rating (a lower deviation).
(*In practice, some albums can have several thousand ratings)
This album is rated in the top 3% of all albums on BestEverAlbums.com. This album has a Bayesian average rating of 78.1/100, a mean average of 77.8/100, and a trimmed mean (excluding outliers) of 78.3/100. The standard deviation for this album is 12.6.

There is something just ethereal about the sound of the entire record. Lovely stuff.

A little dissapointed of this album, im fan of fleet foxes but i cant hear the amazing production and emphatic songs like in other of their albums

Eh. Not my thing.

I was really hoping for another ambitious turn from Pecknold and co. Especially after 2017's Crack-Up which was a huge grower for me, becoming my second favorite Fleet Foxes album. Unfortunately, I was one of the fans who felt let down by Shore.

The production felt jarringly different than previous albums with harsh drums similar to modern indie-pop music. The lyrics took a step back from even the self-titled album which was a surprise after the dense Crack-up. The music itself is fairly forgettable to me.

All-in-all, I'm hoping for a return to fashion next time.

Impressive album from a band that is completely in control of their sound. Relatively straightforward song structure but a far from typical end-product. There's a bit of chaos in the beauty of the music which I like.

A lot more melodic than their previous stuff in my opinion, really enjoyed the whole album. Couple filler tracks, but I've listened through several times and definitely would again. Easy listening music for when you're feeling contemplative or need to study.

Favorite songs: Sunblind, Can I Believe You, Maestranza

A new Fleet Foxes album is a big deal in my world and once again Robin Pecknold and crew has graced us with another simply gorgeous platter that sparkles and pops with beautiful harmonies. Technically this album presents a masterclass in texture, dynamics, timing and tamber all perfectly manipulated by an artist at the top of their collective game

I’ve had Fiona Apple as my AOTY since April and it remains my number 1 but only just .. the gap is closing fast with this wonderful release

Good album but somewhat not really adventurous for a group like Fleet Foxes. It is really predictible and underwhelming. Still a good listen.

May genuinely be my favorite Fleet Foxes record. More accessible than the previous release Crack-Up, but in some ways more mature than their early work. The earlier albums had a lot of genius but occasionally I felt like you could see through the magic, that the group was trying a bit too hard to fashion a certain kind of sound and image. Here I really feel like Pecknold sounds confident enough to let his talent flow, and the music feels extremely natural. Very impressed how many of the great staples of his songwriting are still intact even with changes in music culture over the last decade.

Great album to throw on to relax yourself and drown in the beautiful harmonies.

This is polyphonic harmonic folk rock. Pepped up with some brass instruments and it seems fresher and more straightforward than their last work. It reminds me a bit of their first album. Unfortunately it is a bit too lame for me. Highlight: Maestranza

Your feedback for Shore