Lights Out (album) by UFO 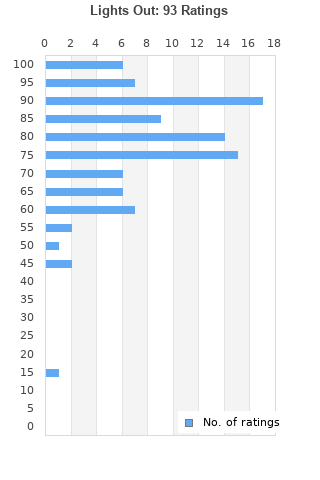 Lights Out is ranked 2nd best out of 25 albums by UFO on BestEverAlbums.com.

The best album by UFO is Strangers In The Night which is ranked number 1940 in the list of all-time albums with a total rank score of 850. 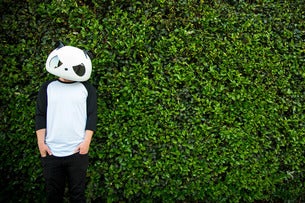 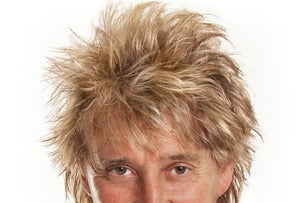 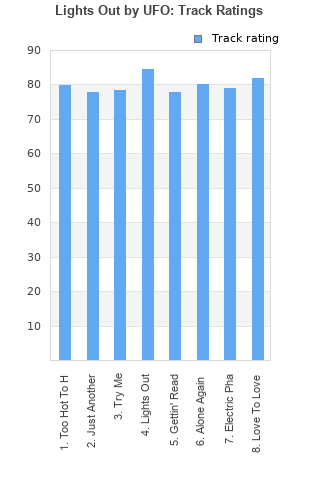 Rating metrics: Outliers can be removed when calculating a mean average to dampen the effects of ratings outside the normal distribution. This figure is provided as the trimmed mean. A high standard deviation can be legitimate, but can sometimes indicate 'gaming' is occurring. Consider a simplified example* of an item receiving ratings of 100, 50, & 0. The mean average rating would be 50. However, ratings of 55, 50 & 45 could also result in the same average. The second average might be more trusted because there is more consensus around a particular rating (a lower deviation).
(*In practice, some albums can have several thousand ratings)
This album is rated in the top 6% of albums on BestEverAlbums.com. This album has a mean average rating of 77.0/100. The trimmed mean (excluding outliers) is 77.2/100. The standard deviation for this album is 13.7.

A very consistent hard rock album. Highlights are "Love To Love", "Lights Out" and "Alone Again Or" which was heavily featured on the recent Netflix show "Russian Doll." I especially like "Love To Love" with its nice interplay between Paul Raymond's synth and Schenker's guitar.

With as big an influence UFO had on many other artists, it's hard to understand why they wearnt as huge as the Zeppelins & Purples. Lights Out, though not as popular as Obsession is a great album. My favorite in their catalog. Michael Schenker ranks in my top 10 guitar players of all time. I will never get sick of listenting to the title track!

Great album though I prefer UFO's Phenomenon album. Lights Out is a great hard rock track. Try Me a great rock ballad. Alone Again Or is a good cover (though not really adapted to their own style). Love to Love is a very great progressive rock song!

I've always thought that UFO was a very under-rated band. I saw them in 1977 on their Lights Out tour (Cheap Trick was opening act) and they were just great live. This is a great album; I think their best (not counting Strangers in the Night, which is like a greatest hits collection and my favorite live album of all time).

It is worth a listen. Powerful play from the seventies :)

Your feedback for Lights Out