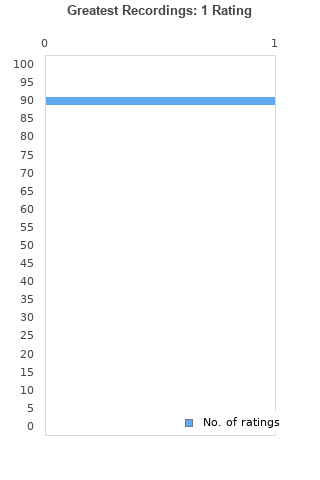 Greatest Recordings is ranked - best out of 37 albums by Françoise Hardy on BestEverAlbums.com.

The best album by Françoise Hardy is Tous Les Garçons Et Les Filles which is ranked number 3088 in the list of all-time albums with a total rank score of 485.

No tracks have been rated on this album yet.
#
Track
Rating/Comments
1.
Tous Les Garçons Et Les Filles
Rating: Not enough dataComments:

0
5.
All Over The World
Rating: Not enough dataComments:

The French singer/model/actress has put out several compilations. This 1995 release on Disques Vogue covers most of the vital tunes from her career in the 60s and 70s. (Cat #: 74321203912 UPC: 43212 03912) Hardy lets loose her Petula Clark style croon on these dozen tunes, singing mostly in French. While she could have rivaled Dionne Warwick had she chosen to explore English language songs, Hardy created quite a little niche for herself as a songstress.

Your feedback for Greatest Recordings