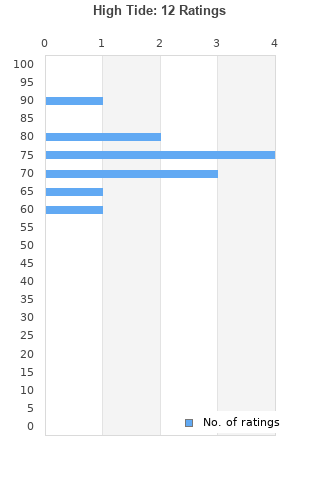 BLONDIE THE TIDE IS HIGH 45 7" PIC SLEEVE PICTURE
Condition: Used
Time left: 3h 46m 8s
Ships to: Worldwide
$5.00
Go to store
Product prices and availability are accurate as of the date indicated and are subject to change. Any price and availability information displayed on the linked website at the time of purchase will apply to the purchase of this product.  See full search results on eBay

High Tide is ranked 3rd best out of 5 albums by High Tide on BestEverAlbums.com.

The best album by High Tide is Sea Shanties which is ranked number 9299 in the list of all-time albums with a total rank score of 122. 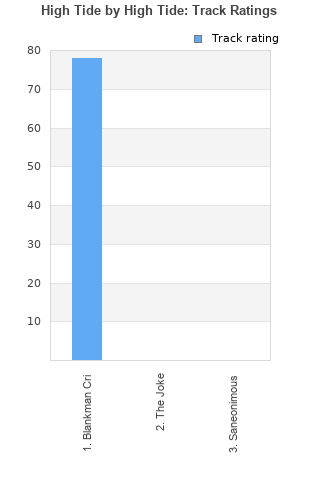 0
2.
The Joke
Rating: Not enough dataComments:

To me this was a disappointment after the over the top guitar/violin histrionics of sea shanties - an album guaranteed to annoy the neighbours (and virtually everyone else). This is a lot milder, and lacks the individuality of their first magnum opus.

High Tide's debut, Sea Shanties, is noteworthy for its overdriven guitar tones, which is why it's often categorized as an instance of proto-metal. This second effort sets the ove-amplified proto-metal noodling aside and adopts prog noodling in its place. Allmusic's review chastises the album for this reason, but the fact of the matter is that the prominent violin parts make better sense here, where the music veers toward folk (as in the second track) and baroque (as in the first) than they ever did in the volume wars of 1969 hard rock/psychedelia. Happily, I hear a fair bit of early Gentle Giant in this. Still the jam sections are just too overblown - the third track is particularly masturbatory.

Your feedback for High Tide