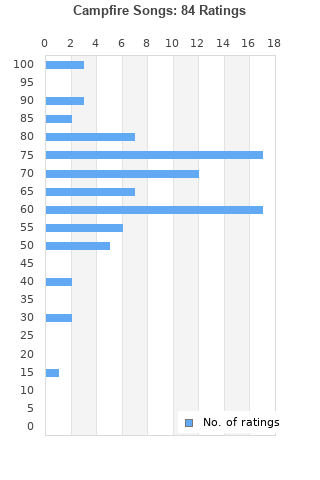 JEAN LE FEVRE & JOCKEYS: jeanie / campfire song Manu 7" Single 45 RPM
Condition: Used
Time left: 18h 4m 21s
Ships to: Worldwide
$100.00
Go to store
Product prices and availability are accurate as of the date indicated and are subject to change. Any price and availability information displayed on the linked website at the time of purchase will apply to the purchase of this product.  See full search results on eBay 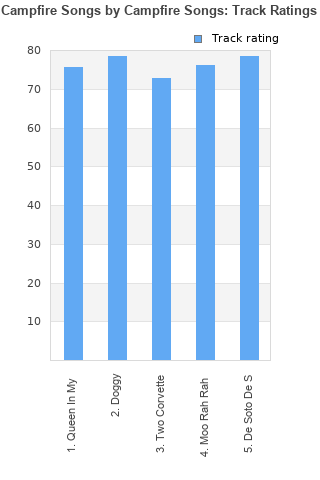 Rating metrics: Outliers can be removed when calculating a mean average to dampen the effects of ratings outside the normal distribution. This figure is provided as the trimmed mean. A high standard deviation can be legitimate, but can sometimes indicate 'gaming' is occurring. Consider a simplified example* of an item receiving ratings of 100, 50, & 0. The mean average rating would be 50. However, ratings of 55, 50 & 45 could also result in the same average. The second average might be more trusted because there is more consensus around a particular rating (a lower deviation).
(*In practice, some albums can have several thousand ratings)
This album has a Bayesian average rating of 68.6/100, a mean average of 67.3/100, and a trimmed mean (excluding outliers) of 67.9/100. The standard deviation for this album is 14.1.

HAHAHAHAHA did they just make up their own type of folk music? Did they perhaps also make up a country where it's from? These guys just can't keep it real; they're in an imaginary world, and everyone who listens to this and say they like it is equally delusional. No one likes this, there are only people afraid to dislike it because they're afraid of coming off as close-minded.

One thing about folk music: it's not made to blow your mind, or even be fun for everyone; it's meant to follow tradition, and that's all (which makes it fun, but almost only for the people of that tradition). Folk music without tradition is like a made-up language: pointless. Culture determines language; without it, it is either just an existing language with different words, or it's random noises. They've gone for random noises.

"Moo Rah Rah Rain" is quite enjoyable though... the rain, not the moo rah rah.

Not a bad album. It sort of meanders along endlessly without really making much of an impression, but it's nice. Pleasant listen, overall.

A little more Animal Collective for our lives.

Your feedback for Campfire Songs