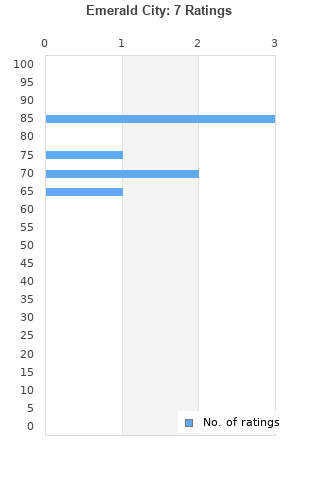 John Vanderslice : Emerald City Alternative Rock 1 Disc CD
Condition: Very Good
Time left: 3d 23h 21m 28s
Ships to: Worldwide
$5.23
Go to store
Product prices and availability are accurate as of the date indicated and are subject to change. Any price and availability information displayed on the linked website at the time of purchase will apply to the purchase of this product.  See full search results on eBay

Emerald City is ranked 5th best out of 9 albums by John Vanderslice on BestEverAlbums.com.

The best album by John Vanderslice is Dagger Beach which is ranked number 39234 in the list of all-time albums with a total rank score of 15. 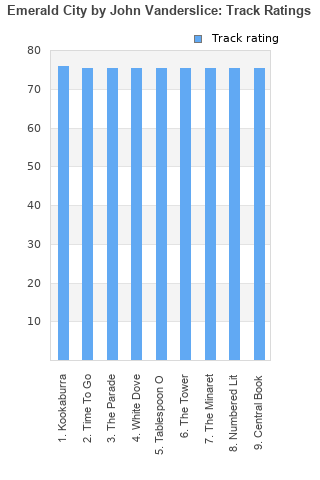 This should really be titled "gotham city" or "pixel revolt 2" as his music and lyrical themes continue from where they left off in "pixel revolt" and the post-911 world of fear and coping. He lays it on thick at times, which is half of the reason i like this less than "pixel revolt". That and there are only 9 tracks. Check out "kookaburra" and "time to go" to see if you'd like this.

Your feedback for Emerald City