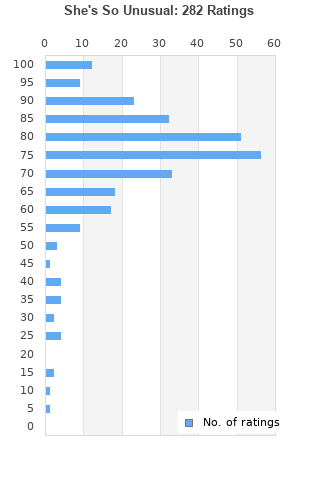 She's So Unusual is ranked as the best album by Cyndi Lauper. 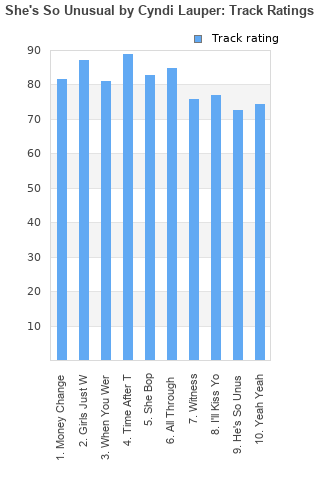 All Through The Night
Rating: 85 (55 votes)Comments:

Outliers can be removed when calculating a mean average to dampen the effects of ratings outside the normal distribution. This figure is provided as the trimmed mean. A high standard deviation can be legitimate, but can sometimes indicate 'gaming' is occurring. Consider a simplified example* of an item receiving ratings of 100, 50, & 0. The mean average rating would be 50. However, ratings of 55, 50 & 45 could also result in the same average. The second average might be more trusted because there is more consensus around a particular rating (a lower deviation).
(*In practice, some albums can have several thousand ratings)
This album is rated in the top 13% of albums on BestEverAlbums.com. This album has a mean average rating of 74.0/100. The trimmed mean (excluding outliers) is 75.4/100. The standard deviation for this album is 16.3.

Showing latest 10 comments | Show all 18 comments | Most Helpful First | Newest First
(Only showing comments with -2 votes or higher. You can alter this threshold from your profile page. Manage Profile)

I knew there were some good songs on here, but it's just a pretty darned good pop album overall.

A damn near perfect pop record with some surprising social commentary along the way. Lauper is one of only a handful of vocalists who's instantly distinguishable.

Some phenomenal pop moments here. Great hooks and melodies spread throughout this album. She Bop was a favorite to play in a former cover band of mine. Feels like a Prince song almost.

Girls Just Want to Have Fun is one of the best pop songs of all time.

So much better when she's pushing taboos. She Bop is great, but Time After Time is trite.

Beyond her two hits Girls Wanna have fun and Time after Time, I find it hard pressed to enjoy this album.

Love this album. her voice is so unique and powerful. Pop galore. 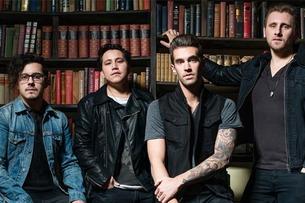 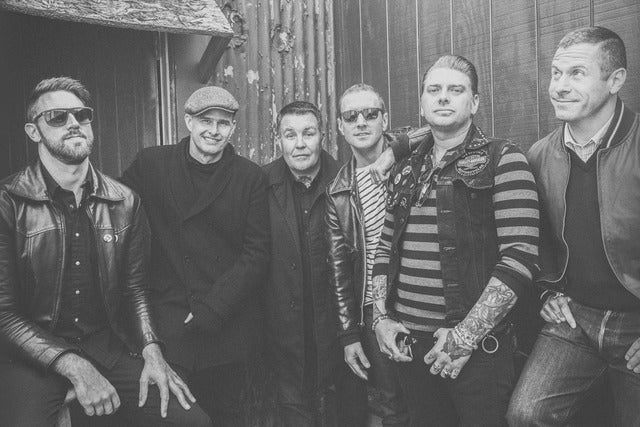 Your feedback for She's So Unusual