War (studio album) by U2 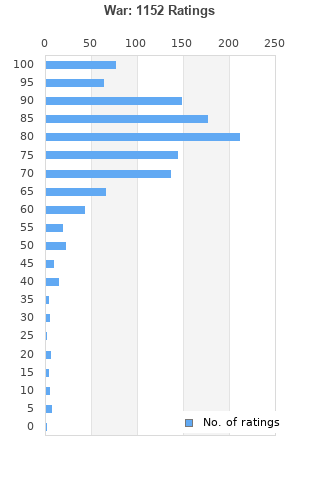 War is ranked 3rd best out of 32 albums by U2 on BestEverAlbums.com.

The best album by U2 is The Joshua Tree which is ranked number 49 in the list of all-time albums with a total rank score of 24,188. 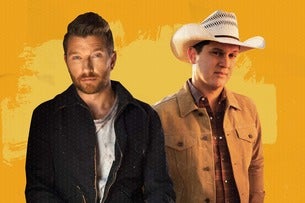 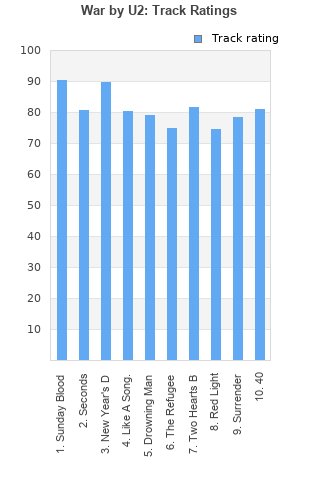 Rating metrics: Outliers can be removed when calculating a mean average to dampen the effects of ratings outside the normal distribution. This figure is provided as the trimmed mean. A high standard deviation can be legitimate, but can sometimes indicate 'gaming' is occurring. Consider a simplified example* of an item receiving ratings of 100, 50, & 0. The mean average rating would be 50. However, ratings of 55, 50 & 45 could also result in the same average. The second average might be more trusted because there is more consensus around a particular rating (a lower deviation).
(*In practice, some albums can have several thousand ratings)
This album is rated in the top 3% of all albums on BestEverAlbums.com. This album has a Bayesian average rating of 78.7/100, a mean average of 77.5/100, and a trimmed mean (excluding outliers) of 78.7/100. The standard deviation for this album is 15.8.

You can see the evolution of the U2 we know today take shape in this release. Rating (80.50)

A very good record which features a pretty interesting sound for U2. A little rougher and heavier than what they would go into on subsequent releases. This is them really finding their footing.

It's hard to ignore the success of "The Joshua Tree," but this masterpiece from several years earlier planted seeds that eventually helped bring an end to a bloody civil war. If you want to make a chart about the influential power of popular music on the culture of its time, , U2 belongs right there with Mozart and the Beatles.

An amazing concept album by U2 and is still as fresh and relevant today. New Years Day is my fav but all the songs are strong.

Passionate but incredibly uneven. Their best work up to that point, but it feels like they still hadn't mastered the album format like they would with Achtung Baby.

War is my favorite U2 album. It's also my favorite 80's album. It is so raw, so intense, so powerful, it really moves me. Every song is good, with a few being close to perfection (Like A Song, Drowning Man, The Refugee, Surrender).

The cover art is iconic and as powerful as the music and the lyrics. Bono is better and has more energy than ever before or after, Larry Mullen kills it on drums, The Edge is very creative and Adam's bass tone is tasty and cuts perfectly in the mix.

U2 is the only band I know that was at their peak in the 80's. I don't really like the 80's sound in general because I don't think it aged very well, but this album transcends its era. It's a timeless album, a true classic.

The guitar riffs are kinda nice, Bono’s vocals are great at times. But it doesn’t really move me.

There is a rawness and originality to this album which still shines through today over thirty years after it was released. Although I have never liked the sound of the bass drum and snare drum at the beginning of Sunday Bloody Sunday, it isn't the concept I don't like, it is the cheap tinny sound they create, possibly because of the kit or mic technique used at the time. I am sure if I saw U2 live now it wouldn't sound like that anymore. With that minor winge out of the way, overall a great album, 'New Years Day' and 'Two Hearts Beat as One' are personal favourites. I slightly prefer Unforgettable Fire and my overall U2 favourite is The Joshua Tree.

Your feedback for War