Silver Side Up (album) by Nickelback 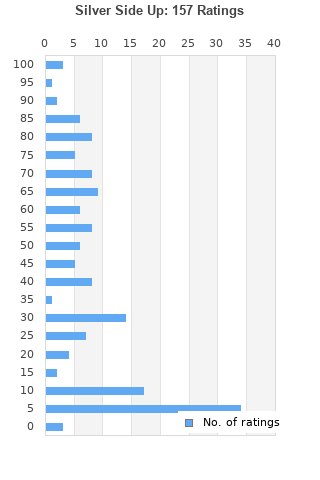 Nickelback Silver Side Up CD – Like New
Condition: Like New
Time left: 12h 2m
Ships to: Worldwide
$10.65
Go to store

Silver Side Up is ranked 2nd best out of 10 albums by Nickelback on BestEverAlbums.com.

The best album by Nickelback is All The Right Reasons which is ranked number 2977 in the list of all-time albums with a total rank score of 489. 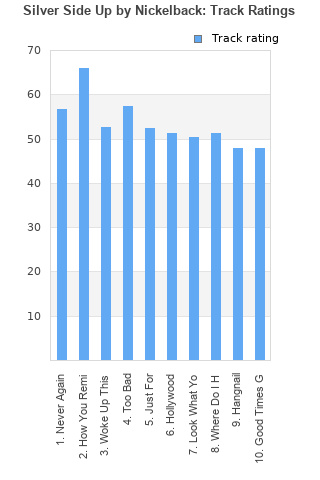 The tracks on this album have an average rating of 53 out of 100 (all tracks have been rated).

Silver Side Up rankings

Silver Side Up collection

Silver Side Up ratings

Outliers can be removed when calculating a mean average to dampen the effects of ratings outside the normal distribution. This figure is provided as the trimmed mean. A high standard deviation can be legitimate, but can sometimes indicate 'gaming' is occurring. Consider a simplified example* of an item receiving ratings of 100, 50, & 0. The mean average rating would be 50. However, ratings of 55, 50 & 45 could also result in the same average. The second average might be more trusted because there is more consensus around a particular rating (a lower deviation).
(*In practice, some albums can have several thousand ratings)
This album has a mean average rating of 36.0/100. The trimmed mean (excluding outliers) is 36.0/100. The standard deviation for this album is 28.7.

Silver Side Up favourites

Silver Side Up comments

Showing latest 10 comments | Show all 21 comments | Most Helpful First | Newest First
(Only showing comments with -2 votes or higher. You can alter this threshold from your profile page. Manage Profile)

Yikes, such a bland and boring album, despite a select few decent songs.

Very good album. Best 10 songs average is 90,0/100 and the album can get very good 90/100. Best song ist "How you remind me" great, followed by "Neveragain", "Too bad", "Money bought" and "Where di I hide" all very good. All other songs quite good. Favourite!
Genre: Post-Grunge, Hard Rock

Honestly, this is not a bad album for a band who have since become, well, terrible

How You Remind Me was a smash and is a pretty good song. Never Again is one of the best Nickelback songs and one of the few to convey the emotion it intends. Stop hitting his Mom man. Stop hitting Mom's period.

Woke Up This Morning and Too Bad are pretty good. Where Do I Hide is a serviceable ballad.

This is the patented Nicelback sound before they started mailing it in with every conceivable variation of this sound on subsequent albums.

It isn't deeply layered music in musicianship or lyricism but it is catchy hard fun with a tinge of southern trash charm.

This is the Nickelback record to listen to before they became the machine they went on to become.

Here they were just trying to make the big time and kudos to them that their sound made it big instead of changing their sound to what was considered big at the time. That earns them a star for, gasp, originality.

Then they beat that originality with a wooden maul until it was so dead that it left a disgusting taste in the mouth of most of their fans I think.

THIS IS HOW YOU REMIND ME!

Inhale the good shit, exhale the bullshit...And then I died...

"Never Again" and "Woke Up this Morning" struck a chord with men who had just been exposed to "Fight Club". We also get "How You Remind Me" here, which is actually impressive in its productive perfection, if not as a song. It drags though, and the follow-up records left Nickelback with the worst legacy of all time.

Couple of really good tracks, the rest not so good. Average album.

Too bad they didn't come from the ocean or something other than Canada. 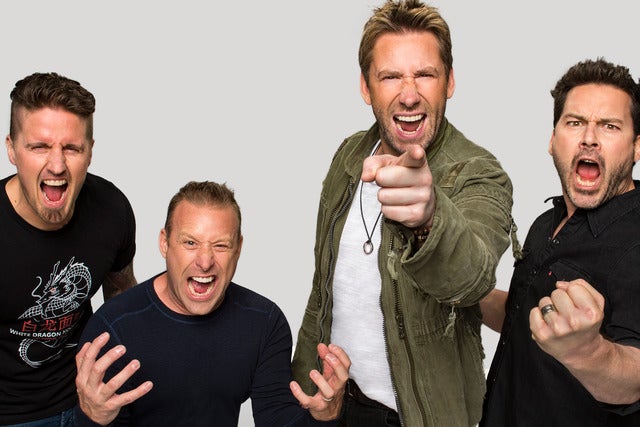 Your feedback for Silver Side Up