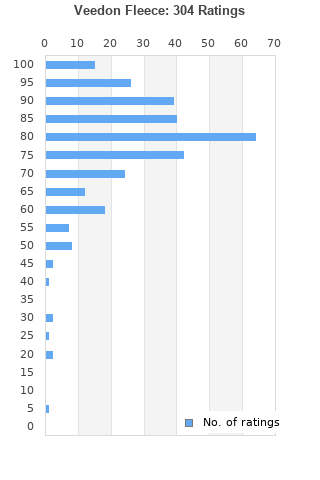 VAN MORRISON - Veedon Fleece Polydor 1974 Exile Productions
Condition: Good
Time left: 1d 14h 11m 50s
Ships to: Worldwide
$39.99
Go to store
Product prices and availability are accurate as of the date indicated and are subject to change. Any price and availability information displayed on the linked website at the time of purchase will apply to the purchase of this product.  See full search results on eBay

Veedon Fleece is ranked 3rd best out of 53 albums by Van Morrison on BestEverAlbums.com.

The best album by Van Morrison is Astral Weeks which is ranked number 60 in the list of all-time albums with a total rank score of 22,049.

A Marvelous Night: The Music of Van Morrison
The Vogel at Count Basie Center for, Red Bank, United States. 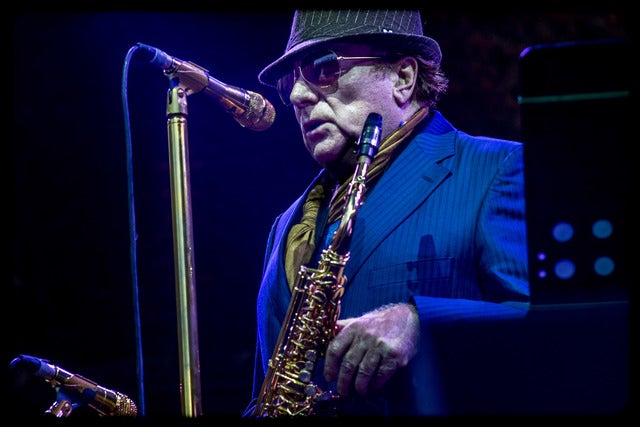 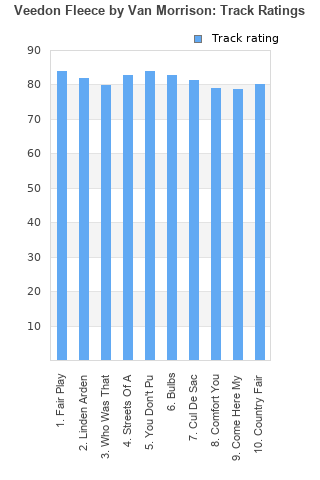 Rating metrics: Outliers can be removed when calculating a mean average to dampen the effects of ratings outside the normal distribution. This figure is provided as the trimmed mean. A high standard deviation can be legitimate, but can sometimes indicate 'gaming' is occurring. Consider a simplified example* of an item receiving ratings of 100, 50, & 0. The mean average rating would be 50. However, ratings of 55, 50 & 45 could also result in the same average. The second average might be more trusted because there is more consensus around a particular rating (a lower deviation).
(*In practice, some albums can have several thousand ratings)
This album is rated in the top 2% of all albums on BestEverAlbums.com. This album has a Bayesian average rating of 79.2/100, a mean average of 78.2/100, and a trimmed mean (excluding outliers) of 79.4/100. The standard deviation for this album is 14.9.

Listened to this album for the first time only a few weeks ago.

I already know I’ll be listening For the rest of my days.

He is a genius, no question.

Brilliant masterpiece from Van Morrison. Should be receiving the same attention as Astral Weeks on major Greatest Albums of All Times lists.

This album caps off a brilliant six year run for Van that started with Astral Weeks in 1968. In fact, this feels like Astral Weeks less heralded rural cousin and also a more personal affair as there were a lot of changes happening in Morrison's life at this time. A gorgeous record.

Another brilliant masterpiece from Van. "Bulbs" and "Cul de Sac" are tremendous songs, not to mention "Fair Play" or the meandering "You Don't Pull No Punches",,, The closest he ever came to duplicating Astral Weeks.

Only good lyrics. No magic, like Van d Man can do...

One of Van Morrison's finest records. It just grabs the listener right from the opening and never lets go.

A great album, just brilliant as "Astral Weeks", or "Moondance", but still a real statement from Van. Probably, his most personal record.

Your feedback for Veedon Fleece