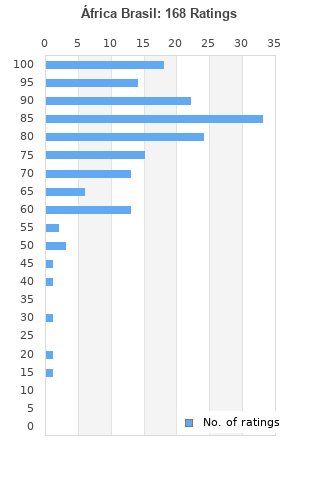 África Brasil is ranked 2nd best out of 18 albums by Jorge Ben on BestEverAlbums.com.

The best album by Jorge Ben is A Tábua De Esmeralda which is ranked number 639 in the list of all-time albums with a total rank score of 2,926.

Tickets from Ticketmaster Get tickets
May
29
Sun
11:00 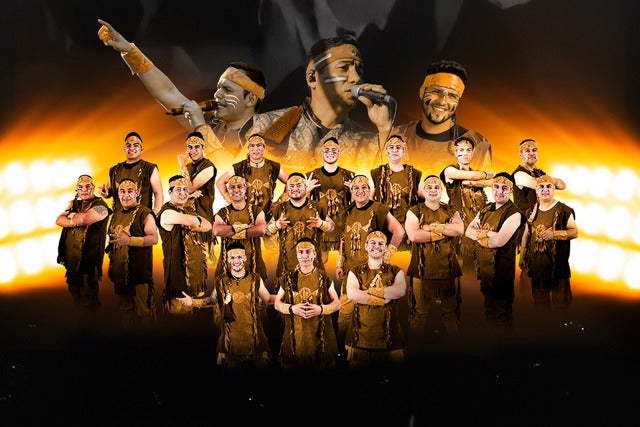 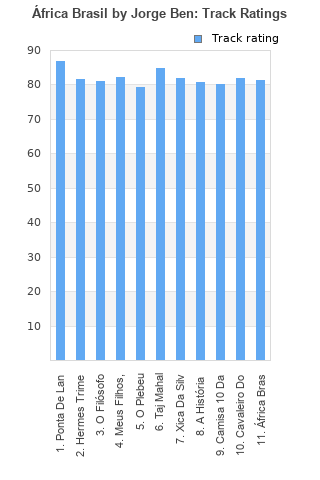 Rating metrics: Outliers can be removed when calculating a mean average to dampen the effects of ratings outside the normal distribution. This figure is provided as the trimmed mean. A high standard deviation can be legitimate, but can sometimes indicate 'gaming' is occurring. Consider a simplified example* of an item receiving ratings of 100, 50, & 0. The mean average rating would be 50. However, ratings of 55, 50 & 45 could also result in the same average. The second average might be more trusted because there is more consensus around a particular rating (a lower deviation).
(*In practice, some albums can have several thousand ratings)
This album is rated in the top 1% of all albums on BestEverAlbums.com. This album has a Bayesian average rating of 80.8/100, a mean average of 80.1/100, and a trimmed mean (excluding outliers) of 81.3/100. The standard deviation for this album is 15.6.

Late 70s Jorge Ben is the best period in his staggeringly long and prolific career. This record is probably the very peak of that career, with ‘78s A Banda do ze Pretinho nearly matching it.

Thank You for introducing me to this album BEA. Fucking brilliant!

I only wanted to sample it but I ended up listening to the whole thing! I think its because the music is Latin.

Couldn't agree more with Norm on this. Essential starting point for anyone intrigued enough in the beautiful and often crazy world that is 70s MPB. And once you're done with this record, check out Jorge's other stuff from 69-74 as well as Brun027's fantastic Brazil-centric overall chart.

Amazing album, with famed "Taj Mahal" on top of it all. A must-try for all you would-be Brazilian music discoverers.

Your feedback for África Brasil