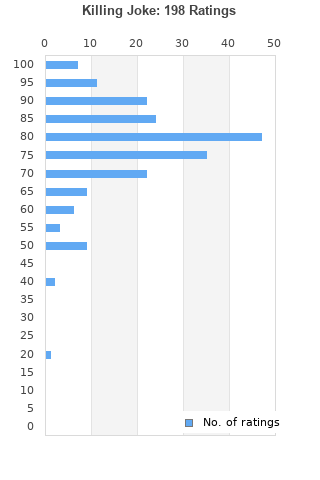 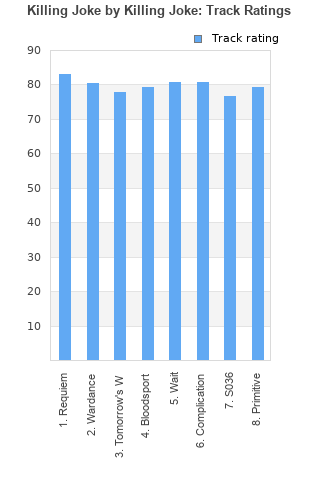 Rating metrics: Outliers can be removed when calculating a mean average to dampen the effects of ratings outside the normal distribution. This figure is provided as the trimmed mean. A high standard deviation can be legitimate, but can sometimes indicate 'gaming' is occurring. Consider a simplified example* of an item receiving ratings of 100, 50, & 0. The mean average rating would be 50. However, ratings of 55, 50 & 45 could also result in the same average. The second average might be more trusted because there is more consensus around a particular rating (a lower deviation).
(*In practice, some albums can have several thousand ratings)
This album is rated in the top 3% of all albums on BestEverAlbums.com. This album has a mean average rating of 78.0/100. The trimmed mean (excluding outliers) is 78.3/100. The standard deviation for this album is 13.1.

Disagree with the notion of this being overrated, if anything, its severely underrated! Great bass and drum grooves, jangly and jagged guitars, late 70s post-punk vocal delivery, borderline post-hardcore at times, punky yet melodic. I'm hearing Cure, Gang Of Four, Wire, and Television influences off the bat... With only 2 comments and 133 ratings (before mine) and ranked at 43rd of 1980, 324th of the 80s, and 1999th all time respectively, this album is highly underrated in my opinion.

This is the ablum that started industrial rock (and from which Nine Inch Nails, Queens of the Stone Age and Soundgarden got their badass sound). That's a pretty monumental achievement. It's rough and brusque, relentlessly so. One of the most underrated works on this site.

Your feedback for Killing Joke