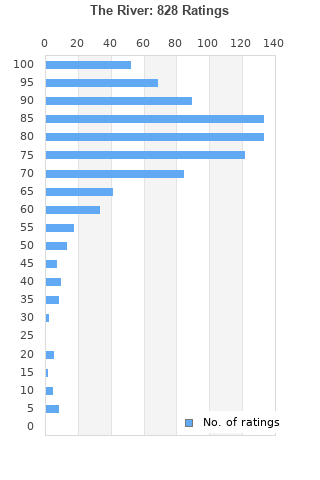 The River is ranked 5th best out of 130 albums by Bruce Springsteen on BestEverAlbums.com.

The best album by Bruce Springsteen is Born To Run which is ranked number 69 in the list of all-time albums with a total rank score of 19,979. 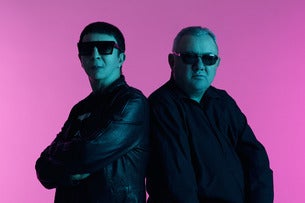 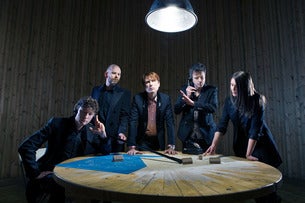 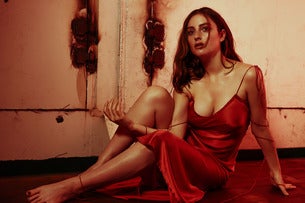 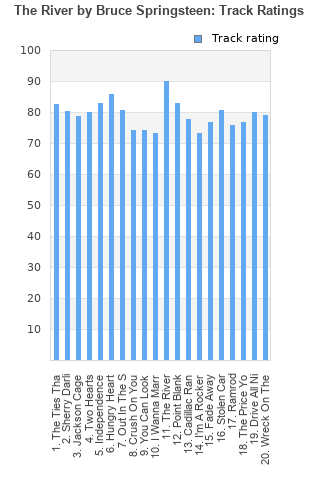 Rating metrics: Outliers can be removed when calculating a mean average to dampen the effects of ratings outside the normal distribution. This figure is provided as the trimmed mean. A high standard deviation can be legitimate, but can sometimes indicate 'gaming' is occurring. Consider a simplified example* of an item receiving ratings of 100, 50, & 0. The mean average rating would be 50. However, ratings of 55, 50 & 45 could also result in the same average. The second average might be more trusted because there is more consensus around a particular rating (a lower deviation).
(*In practice, some albums can have several thousand ratings)
This album is rated in the top 2% of all albums on BestEverAlbums.com. This album has a Bayesian average rating of 78.8/100, a mean average of 77.5/100, and a trimmed mean (excluding outliers) of 78.9/100. The standard deviation for this album is 16.4.

First 12 tracks are a decent 80-90, the complement tracks are for me filler, better thank nebraska though

This album is just unnecessarily long and really needed to be cut down. The whole of side 2 is filler and could be taken off the record and it would be improved drastically. Even without that side it still isn't up to the same level as his other work even though a few of the tracks on the first side are some of my favourite Springsteen songs. There is definitely an improvement in song writing on this record so if you are into the more lyrical side of Springsteen you might enjoy this one more than most. Furthermore, no song is sonically bad and there is still very enjoyable moments, such as the trumpets when they appear and the drum work. However, my attention kept wavering while listening and by the middle of the second half I end up just waiting for it to end. Overall, this is a huge dip in quality for me and is an over rated album that desperately needs to be trimmed down and is far off the mark from his masterpieces.

I usually frown on double albums, but there is a decent set of songs here. The River is mostly an upbeat album, with hints of rockabilly and a few ballads to mix things up. The Nitty Gritty Dirt Band would record Cadillac Ranch and an outtake from this session called From Small Things.

A Side: Cadillac Ranch
B Side: Drive All Night

I went into The River thinking it would expose a lot of Springsteen's flaws due to the length of it, but it's a lot more consistent than, say, Darkness On the Edge of Town or Born in the U.S.A.

Pfff... It's a very rough album. It has a lot of real gems in there, but a lot of 'bad' tracks for sure. As a single album it may have been one of his best, now it is an average one at best.

This is a deeply flawed album, but ironically I come back to it more than most of Springsteen’s. It’s a real journey. Each song tells a story worth hearing.

The first disc is basically on the level of the other Springsteen albums in the 70s and early 80s. The second disc is also a recording of music. Filler filler filler filler. Fav tracks The Ties That Bind, Jackson Cage, Hungry Heart, Independence Day, The River which might be his very best song or at least is his best quieter/writing-driven song.

This is real Springsteen: achingly personal storytelling lyrics, Americana everywhere, proper songwriting. As with most double albums it could do with a trim, but this is at least a contender for his best.

I have mixed views on this album, but on writing this review i giving it positive a thumbs up. On this album its the ballads that stand out, and their no denying that he is good song writer.

Your feedback for The River