Sounds Of The Satellites (album) by Laika 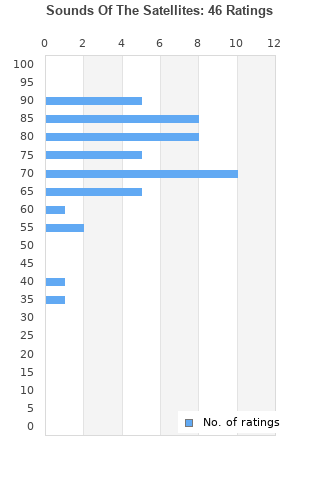 Sounds of the Satellites by Laika: Used
Condition: Very Good
Time left: 10d 21h 39m 40s
Ships to: Worldwide
$3.99
Go to store
Product prices and availability are accurate as of the date indicated and are subject to change. Any price and availability information displayed on the linked website at the time of purchase will apply to the purchase of this product.  See full search results on eBay

Sounds Of The Satellites is ranked as the best album by Laika. 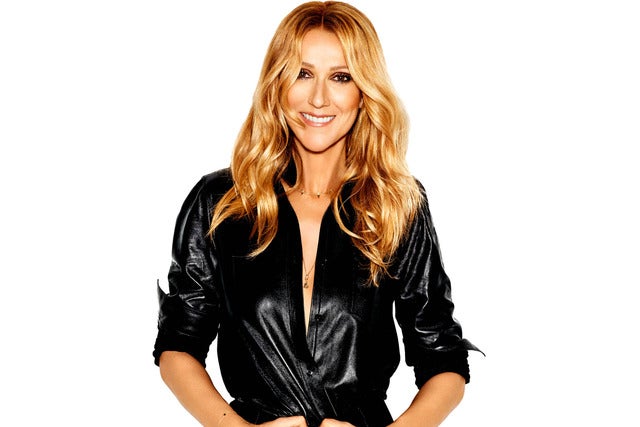 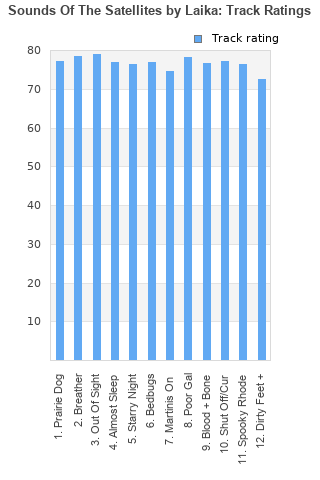 Sounds Of The Satellites rankings

Sounds Of The Satellites collection

Sounds Of The Satellites ratings

Rating metrics: Outliers can be removed when calculating a mean average to dampen the effects of ratings outside the normal distribution. This figure is provided as the trimmed mean. A high standard deviation can be legitimate, but can sometimes indicate 'gaming' is occurring. Consider a simplified example* of an item receiving ratings of 100, 50, & 0. The mean average rating would be 50. However, ratings of 55, 50 & 45 could also result in the same average. The second average might be more trusted because there is more consensus around a particular rating (a lower deviation).
(*In practice, some albums can have several thousand ratings)
This album is rated in the top 24% of albums on BestEverAlbums.com. This album has a mean average rating of 74.0/100. The trimmed mean (excluding outliers) is 74.8/100. The standard deviation for this album is 11.6.

Sounds Of The Satellites favourites

Sounds Of The Satellites comments

I actually can't put it better than 'hairymarx1' - this is a beautiful album (and then what he said!)

Musically 'smoother' and more refined, but equally as experimental and original as their debut 'Silver Apples Of The Moon', Laika create a form of "organic" electronica that is, for example, more authentic sounding than the music produced by one of their contemporaries, the overrated Moby. Overall, live drums and percussion, together with guitars and samples dominate, resulting in a complexly-layered and polyrhythmic blend of beats and diverse analogue sounds. With 'Sounds Of The Satellites', Laika produced one of the most original and accomplished albums of the 1990s.

Your feedback for Sounds Of The Satellites