The Tourist (studio album) by Clap Your Hands Say Yeah 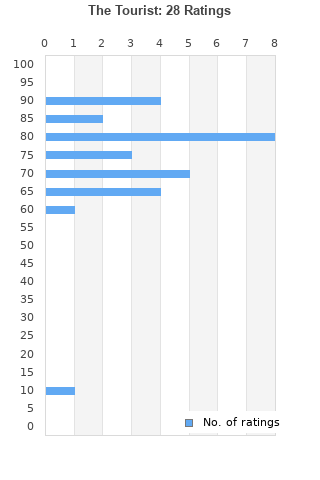 The Tourist is ranked 2nd best out of 6 albums by Clap Your Hands Say Yeah on BestEverAlbums.com. 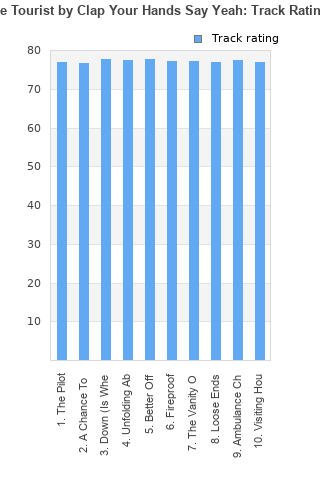 Rating metrics: Outliers can be removed when calculating a mean average to dampen the effects of ratings outside the normal distribution. This figure is provided as the trimmed mean. A high standard deviation can be legitimate, but can sometimes indicate 'gaming' is occurring. Consider a simplified example* of an item receiving ratings of 100, 50, & 0. The mean average rating would be 50. However, ratings of 55, 50 & 45 could also result in the same average. The second average might be more trusted because there is more consensus around a particular rating (a lower deviation).
(*In practice, some albums can have several thousand ratings)
This album is rated in the top 8% of all albums on BestEverAlbums.com. This album has a Bayesian average rating of 75.8/100, a mean average of 74.4/100, and a trimmed mean (excluding outliers) of 76.9/100. The standard deviation for this album is 15.1.

I have now listened to this a lot, and I have grown to love it, not a weak track. I'll admit some won't be keen on the vocal but I like it, but it's the percussion that makes it for me. Car stereo CD of choice currently.

This is their best since their debut. It's nothing overly new from them, or great either. However, it took me by surprise. Here my outlook was almost completely sour toward everything that came after that first album. I'm very glad that they managed to create something good again, it gives me hope.

Your feedback for The Tourist