The Disintegration Loops I (album) by William Basinski The Disintegration Loops I by William Basinski (2002)
Overall rank: 1,532nd 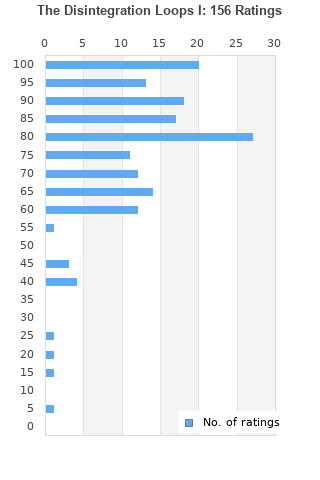 Sorry, no matches on eBay for "The Disintegration Loops I William Basinski".
See full search results on eBay

The Disintegration Loops I is ranked as the best album by William Basinski. 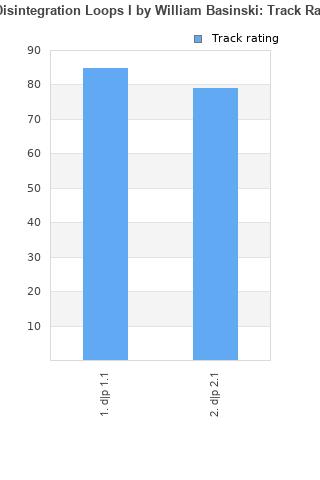 The Disintegration Loops I rankings

The Disintegration Loops I collection

The Disintegration Loops I ratings

Outliers can be removed when calculating a mean average to dampen the effects of ratings outside the normal distribution. This figure is provided as the trimmed mean. A high standard deviation can be legitimate, but can sometimes indicate 'gaming' is occurring. Consider a simplified example* of an item receiving ratings of 100, 50, & 0. The mean average rating would be 50. However, ratings of 55, 50 & 45 could also result in the same average. The second average might be more trusted because there is more consensus around a particular rating (a lower deviation).
(*In practice, some albums can have several thousand ratings)
This album is rated in the top 2% of albums on BestEverAlbums.com. This album has a mean average rating of 78.0/100. The trimmed mean (excluding outliers) is 79.2/100. The standard deviation for this album is 18.7.

The Disintegration Loops I favourites

The Disintegration Loops I comments

Pretty but entirely unengaging ambient music. Also, there's a case to be made about Basinski exploiting and profiting off the 9/11 tragedy through this. Divorced from the "Oh, I sat on a rooftop and watched the twin towers burn whilst finishing the album" context, I doubt this would have gained a tenth of the critical or public acclaim because it's just not that special.

From Wikipedia:
The Disintegration Loops is a series of four albums by American avant-garde composer William Basinski released in 2002 and 2003. All tracks have the same form of ambient music fragments played in a tape loop that slowly deteriorates as it passes by the tape head, creating all the more noises and cracks in the music as the theme progresses. The recording coincided with the 9/11 attacks and the album covers and accompanying videos feature a still skyline of New York City with smoke and dust rising from the World Trade Center site.

This album is dying! Slowly and beautifully, for all eternity...

Simply stunning, cant recommend highly enough!! Get this in your life now!

Destroying my soul and ego slowly but completely, tears coming out from my half-closed eyes, the whole world fading out from my view, fireworks burning inside of my brain, the future arriving in some obscure places...

It's a beautiful tragedy

This and Stars of the Lid are two artists I've started to listen to this year. I think they frustrate my level of activity. Maybe my life needs more Boney M 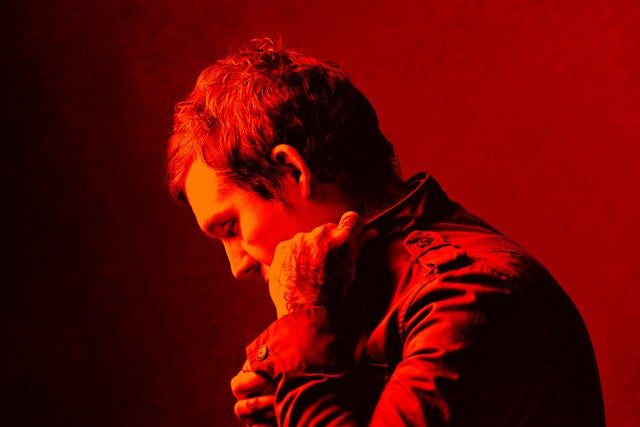 Your feedback for The Disintegration Loops I