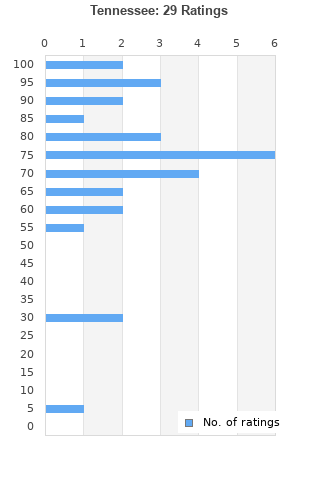 Tennessee is ranked as the best album by Lucero. 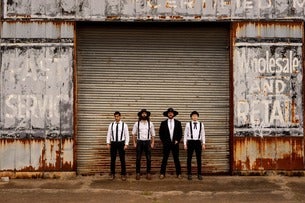 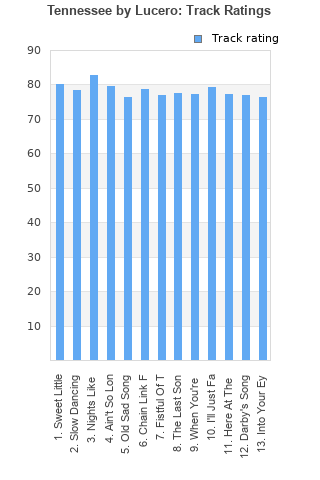 Rating metrics: Outliers can be removed when calculating a mean average to dampen the effects of ratings outside the normal distribution. This figure is provided as the trimmed mean. A high standard deviation can be legitimate, but can sometimes indicate 'gaming' is occurring. Consider a simplified example* of an item receiving ratings of 100, 50, & 0. The mean average rating would be 50. However, ratings of 55, 50 & 45 could also result in the same average. The second average might be more trusted because there is more consensus around a particular rating (a lower deviation).
(*In practice, some albums can have several thousand ratings)
This album has a Bayesian average rating of 74.2/100, a mean average of 72.0/100, and a trimmed mean (excluding outliers) of 74.6/100. The standard deviation for this album is 21.9.

Good stuff here! It's like Wilco if they wore demin jackets and were angry but still didn't want to make a punk band. So the singer puts more venom in the voice and charges into the fray in his own confusion. I mean titles like 'Sweet Little Thing' and 'Slow Dancing' suggest nice little songs yet they are sung like the singer teeth are cheese graters. Not in a bad way though, more in a singers Frank 'My Way' type thing. The song 'Fistful of Tears' definitely captures the album in its title though. He's angry yet he is sincere and sometimes emotional. Like the song 'Chain Link Fence' the most, partly because the guitars had my head up in the first few seconds. From then on it was the suberb pop moment The Gaslight Anthem must have copied at least once. Definitely worth a listen if you like either of the artists I have mentioned here. Great guitar album indeed!

Your feedback for Tennessee