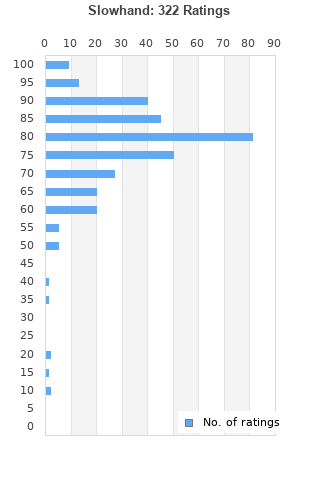 ERIC CLAPTON Slowhand w/VG++ VINYL "Cocaine" "Wonderful tonight"
Condition: Used
Time left: 54m 34s
Ships to: Worldwide
$6.99
Go to store
Product prices and availability are accurate as of the date indicated and are subject to change. Any price and availability information displayed on the linked website at the time of purchase will apply to the purchase of this product.  See full search results on eBay

Slowhand is ranked 2nd best out of 51 albums by Eric Clapton on BestEverAlbums.com.

The best album by Eric Clapton is Unplugged which is ranked number 1100 in the list of all-time albums with a total rank score of 1,679. 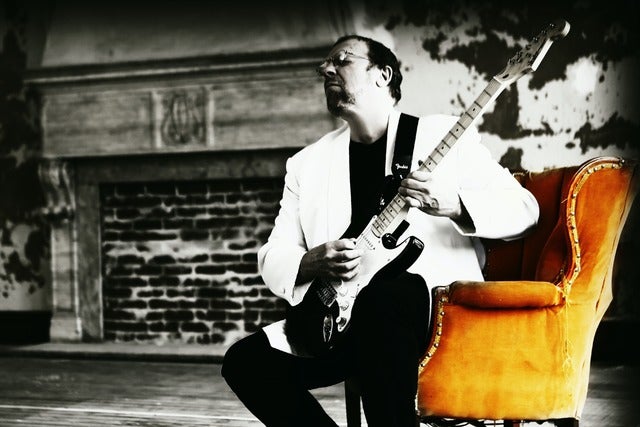 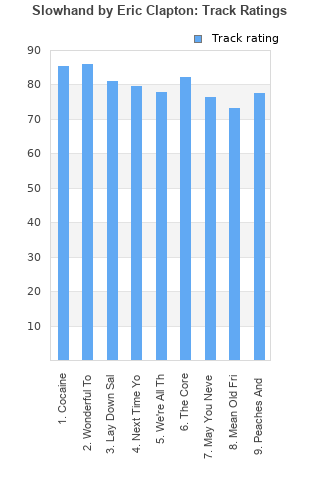 Rating metrics: Outliers can be removed when calculating a mean average to dampen the effects of ratings outside the normal distribution. This figure is provided as the trimmed mean. A high standard deviation can be legitimate, but can sometimes indicate 'gaming' is occurring. Consider a simplified example* of an item receiving ratings of 100, 50, & 0. The mean average rating would be 50. However, ratings of 55, 50 & 45 could also result in the same average. The second average might be more trusted because there is more consensus around a particular rating (a lower deviation).
(*In practice, some albums can have several thousand ratings)
This album is rated in the top 3% of all albums on BestEverAlbums.com. This album has a Bayesian average rating of 78.1/100, a mean average of 77.0/100, and a trimmed mean (excluding outliers) of 78.2/100. The standard deviation for this album is 13.8.

The first 6 songs make for a very pretty collection of music, and then the last 3 are just ok. I come back to Cocaine, Wonderful Tonight, and We're All The Way often, but as an album it's not a lot of *there* there. It sounds lovely but it's short and not making any kind of personal or artistic statement, it's almost more of a flex for Clapton's very impressive guitar skills.

1st 3 tracks are great, Wonderful Tonight up there with his best work,Next Time and The Core are good also.

A decent Eric Clapton album. Slowhand, kicks off with J.J.Cale's, cocaine, and then runs into, wonderful tonight, an absolutely beautiful ballad, which is utterly lovely. Some people may say it's soppy, but it a gorgeous celebration of a man's love to his beautiful wife. There's nothing soppy about that. I don't go for the sexist argument either, he's obviously proud to be able to show off his beautiful wife at a party, but I do think they should have got a taxi, it would have been easier all round. Anyway, Long tall Sally, is a nice country shuffle, and, the core, is an underrated epic of a song. Not so good though is Clapton's cover of John Martyn's, May you never, and a dull instrumental, peaches and diesel, closes the album. Not as consistent as, 461, but a good album.

Wonderful Tonight is one of the best songs ever written. Cocaine is a strong track. Aptly named album for the album... it's a very subtle/slow beautiful album. Probably my favorite Eric Clapton record that I've listened to. Sometimes the slow and sincere wins over the flashy/loud.

Ok so this album is kind of bland but nice to stick on in the background while you go about your day. Nothing to grab you. What does grab me though is how sexist wonderful tonight is. If you do decide to give this track attention past the chorus its hard to see it as a beautiful love song it's seen as by some. Basically he loves his women as she makes him look good at the party, he then has too much to drink, he then decides they both should go as he's tired, got a headache and had enough and so he gives her the car keys and says drive us home, where she has to put him to bed as he's a bit too gone, yes darling you were wonderful tonight. Well done dear.

I want this album to be a classic so bad. But after the first three tracks everything else seems average.

Agree with Bork - a stellar opening, but the rest is pretty tepid. Makes for a decent, but failed potential of an album.

Slowhand is clearly one of Eric Clapton's stronger solo releases. Whereas there are plenty of guitar solos and effects, many of these tunes are quite pleasing. A little bit mellow but certainly quite focused.

A pretty solid album. The only real fault with it is the order of the songs. The opening 3 tracks are all so dynamite that everything that comes after seems a bit anti-climatic. I think opening with The Core, and THEN cocaine (with Lay Down Sally somewhere in the middle) would give the album a completely different (and better) sound.

Your feedback for Slowhand