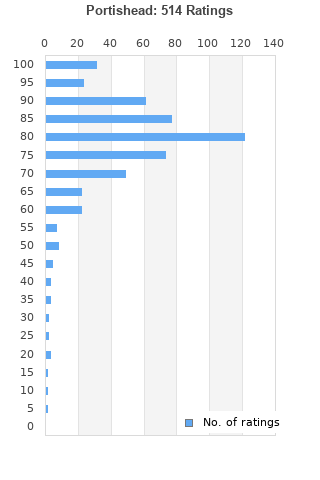 Portishead is ranked 3rd best out of 5 albums by Portishead on BestEverAlbums.com.

The best album by Portishead is Dummy which is ranked number 79 in the list of all-time albums with a total rank score of 18,294. 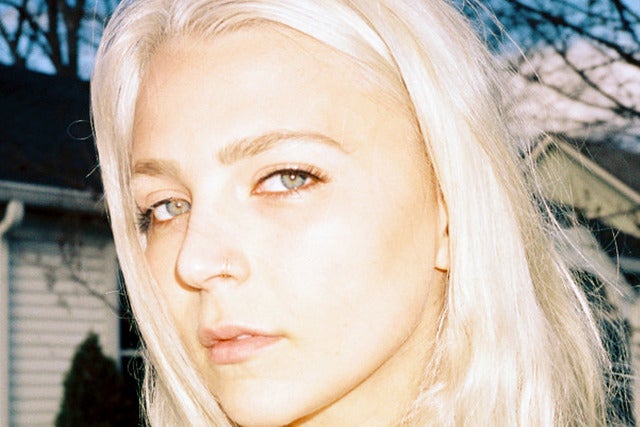 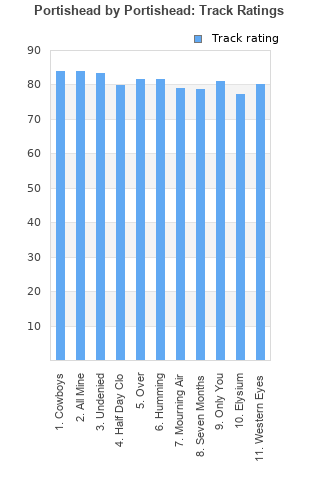 Rating metrics: Outliers can be removed when calculating a mean average to dampen the effects of ratings outside the normal distribution. This figure is provided as the trimmed mean. A high standard deviation can be legitimate, but can sometimes indicate 'gaming' is occurring. Consider a simplified example* of an item receiving ratings of 100, 50, & 0. The mean average rating would be 50. However, ratings of 55, 50 & 45 could also result in the same average. The second average might be more trusted because there is more consensus around a particular rating (a lower deviation).
(*In practice, some albums can have several thousand ratings)
This album is rated in the top 2% of all albums on BestEverAlbums.com. This album has a Bayesian average rating of 79.0/100, a mean average of 77.9/100, and a trimmed mean (excluding outliers) of 79.1/100. The standard deviation for this album is 14.8.

Over is great, and I love the intro to Half Day Closing, but overall I didn't find the album that special.

With the exception of "Humming", which was really enjoyable, I can't say I get it.

Dark. Creepy. Hypnotic. Distant. Pretty much Portishead in a nutshell. Fitting that this is self titled, because it pretty much encapsulates what these musicians were going for. It is a bit long winded though, a lot of the songs seem to double the length of my complete attention span.

One of the most haunting albums I've come across. There's really nothing I can think of that has this very specific sound. It's a dark and lovely trip.

This my first listen to this album - I've heard a handful of the songs already from their live NYC album, many of which I really like.

A dark and delicious successor to "Dummy", reminiscent of the music featured in David Lynch's films. Consistently great throughout.

Not as great as, dummy, but still a very good album by a band who just haven't released enough albums. Just think of all the greatness we're missing out on. Still, I'm thankful for the three we do have.

Your feedback for Portishead