Neck Of The Woods (studio album) by Silversun Pickups 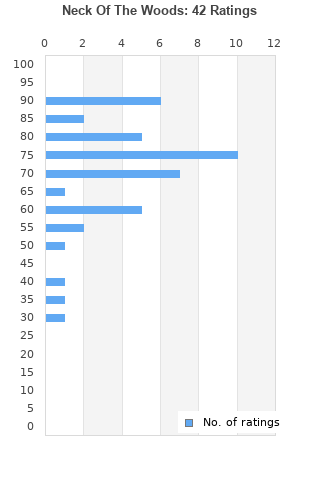 New: SILVERSPUN PICKUPS - Neck Of The Woods [Alt Rock/Indie Rock] CD
Condition: Brand New
Time left: 2d 2h 46m 22s
Ships to: Worldwide
$5.50
Go to store
Product prices and availability are accurate as of the date indicated and are subject to change. Any price and availability information displayed on the linked website at the time of purchase will apply to the purchase of this product.  See full search results on eBay

Neck Of The Woods is ranked 3rd best out of 7 albums by Silversun Pickups on BestEverAlbums.com.

The best album by Silversun Pickups is Carnavas which is ranked number 2154 in the list of all-time albums with a total rank score of 760. 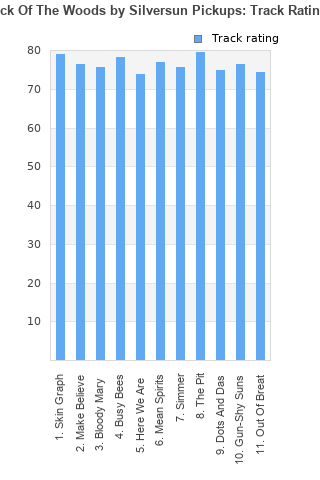 Neck Of The Woods rankings

Neck Of The Woods collection

Neck Of The Woods ratings

Rating metrics: Outliers can be removed when calculating a mean average to dampen the effects of ratings outside the normal distribution. This figure is provided as the trimmed mean. A high standard deviation can be legitimate, but can sometimes indicate 'gaming' is occurring. Consider a simplified example* of an item receiving ratings of 100, 50, & 0. The mean average rating would be 50. However, ratings of 55, 50 & 45 could also result in the same average. The second average might be more trusted because there is more consensus around a particular rating (a lower deviation).
(*In practice, some albums can have several thousand ratings)
This album has a Bayesian average rating of 70.3/100, a mean average of 69.4/100, and a trimmed mean (excluding outliers) of 69.4/100. The standard deviation for this album is 14.7.

Neck Of The Woods favourites

Neck Of The Woods comments

The overall album rank drop off from Swoon to Neck in the Woods tells the story. They try to branch their sound out but comes off generic sounding.

And I have always wished for more badass guitar solo's with effects. It doesn't happen here either.

The set of songs is weaker. The Pit is the only standout and does show a different successful side to the band.

Mean Spirits and Busy Bees are good songs worthy of their previous work.

Everything else here is a step down. Silversun went from a promising band to a hits collection worthy band. Meaning, you could compile their 12 best songs and leave the rest.

Kinda disappointed since I definitely liked their earlier albums. I do not find even one stand out track.

Not their best album which is got to be Carnavas but Im liking it more and more over Swoon, its a grower for sure but most of the songs gain strength over time and get you coming back a real solid effort from this band cant get enough of em. A stronger back end. Mean Spirits and on is all brilliant

Your feedback for Neck Of The Woods