Days Go By (studio album) by The Offspring 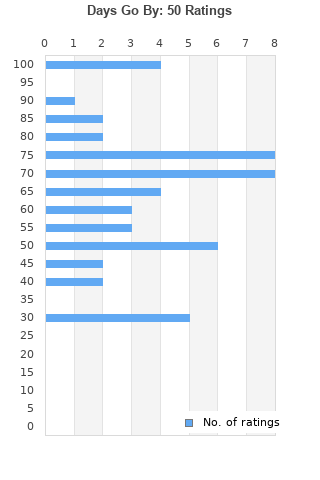 OFFSPRING: DAYS GO BY (CD.)
Condition: Brand New
Time left: 4d 6h 33m 25s
Ships to: Worldwide
£19.39
Go to store
Product prices and availability are accurate as of the date indicated and are subject to change. Any price and availability information displayed on the linked website at the time of purchase will apply to the purchase of this product.  See full search results on eBay

Days Go By is ranked 5th best out of 12 albums by The Offspring on BestEverAlbums.com.

The best album by The Offspring is Smash which is ranked number 790 in the list of all-time albums with a total rank score of 2,386. 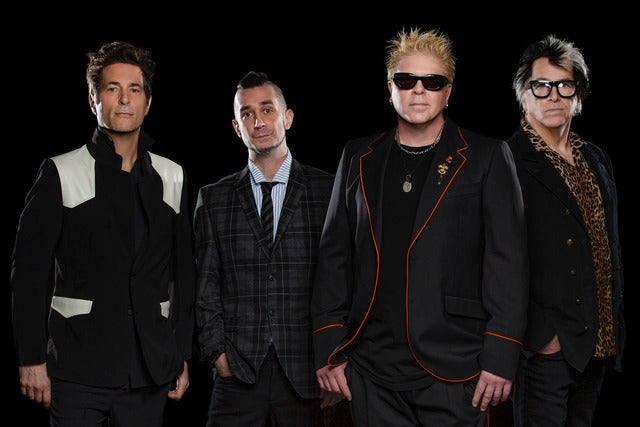 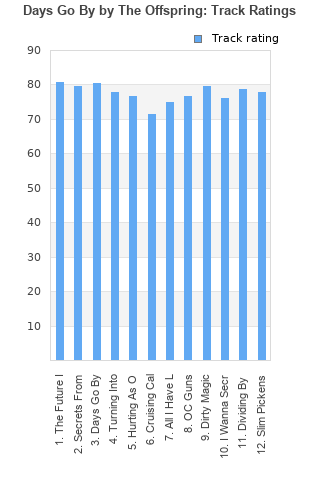 0
12.
Slim Pickens Does The Right Thing And Rides The Bomb To Hell
Rating: 78 (7 votes)Comments:

Rating metrics: Outliers can be removed when calculating a mean average to dampen the effects of ratings outside the normal distribution. This figure is provided as the trimmed mean. A high standard deviation can be legitimate, but can sometimes indicate 'gaming' is occurring. Consider a simplified example* of an item receiving ratings of 100, 50, & 0. The mean average rating would be 50. However, ratings of 55, 50 & 45 could also result in the same average. The second average might be more trusted because there is more consensus around a particular rating (a lower deviation).
(*In practice, some albums can have several thousand ratings)
This album has a Bayesian average rating of 66.6/100, a mean average of 65.2/100, and a trimmed mean (excluding outliers) of 65.2/100. The standard deviation for this album is 18.5.

There are many constants in life. Things that don’t change. The sun will always rise, the birds will always sing and The Offspring will always sound the same. This album is no different than any Offspring album that’s been released in the past 20 years and I guess in a way, that’s a good thing. I like their sound and even within their sound, not every song sounds the same. But you can bet that The Offspring will never change genres. All that being said, it’s not necessarily a negative thing. This album is good, there are some fun songs, typical Offspring songs that are goofy, a little raunchy and fun to listen to. If you’re a fan of The Offspring, you’ll enjoy this album plenty.

Your feedback for Days Go By