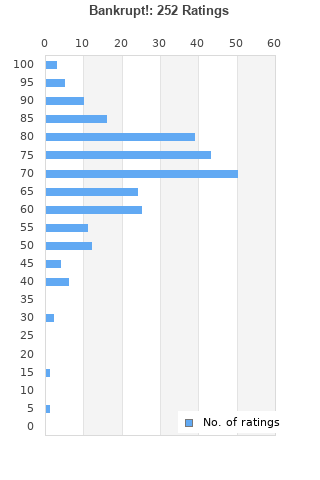 Phoenix - Bankrupt! USA CD Sealed NEW #11-4
Condition: Brand New
Time left: 1h 38m 2s
Ships to: Worldwide
$6.29
Go to store
Product prices and availability are accurate as of the date indicated and are subject to change. Any price and availability information displayed on the linked website at the time of purchase will apply to the purchase of this product.  See full search results on eBay

Bankrupt! is ranked 2nd best out of 7 albums by Phoenix on BestEverAlbums.com.

The best album by Phoenix is Wolfgang Amadeus Phoenix which is ranked number 401 in the list of all-time albums with a total rank score of 4,816. 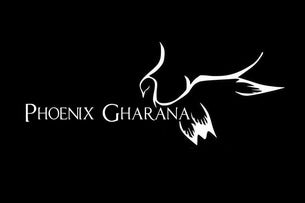 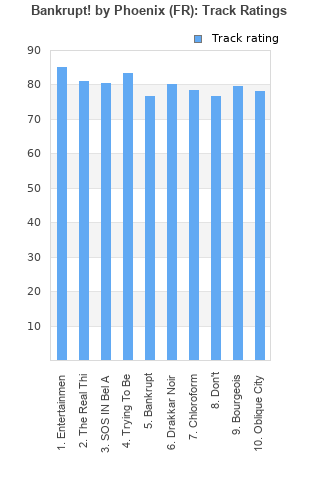 Rating metrics: Outliers can be removed when calculating a mean average to dampen the effects of ratings outside the normal distribution. This figure is provided as the trimmed mean. A high standard deviation can be legitimate, but can sometimes indicate 'gaming' is occurring. Consider a simplified example* of an item receiving ratings of 100, 50, & 0. The mean average rating would be 50. However, ratings of 55, 50 & 45 could also result in the same average. The second average might be more trusted because there is more consensus around a particular rating (a lower deviation).
(*In practice, some albums can have several thousand ratings)
This album has a mean average rating of 70.0/100. The trimmed mean (excluding outliers) is 70.1/100. The standard deviation for this album is 13.8.

I'd say the previous two were both better, but this definitely isn't a dissapointment.

A gem here and there makes the lacking production of the album worth it.

Okay, after a review this is what I think:

First of all, this is a great album, stands as one of my favorites. However, there were a lot of expectations after Phoenix's previous work. Everyone expected for a new Wolfgang, the problem is that Phoenix haven't made a new Wolfgang, they made a new album. Which is maybe not as good as Wolfgang but it still great.

Underrated. It's not WAP, but there are quite few tracks that make it an album worth listening to, specially the beginning. Entertainment is a fantastic song that has nothing to envy to any song in the previous album; Trying to Be Cool is excellent; The Real Thing, SOS in Bel Air, Bourgeois are all pretty good, and the rest isn't bad at all (just not very memorable).

It doesn't reach the magnificence of Wolfgang, but on it's own it's a good album with some songs that really showcase how good Phoenix can be

Very good album. However I expected much more from Phoenix

Charged with energy like its predecessor, "bankrupt!" lacks some of the hooks that drew me to "wolfgang amadeus phoenix". Opener "entertainment", with heavy synth in some parts, its oriental chiming, works well, but few others leave me with a smile like that track. Those few others: "trying to be cool" (esp. that r.kelly version!) and "chloroform". Other songs sound like they should be catchy hits, but just aren't lyrically cohesive or understandable enough. There's another mostly-instrumental piece here too, as is phoenix tradition, but it starts off quite flat.. I like the album -- as i said, it's energetic and cool-flashy at times -- but am disappointed at lost potential of a "could be great" indie pop band. (I love that drone-camera-shot video though.)

Four first songs are very good, but the following are almost boring, and the album fastly loses its interest. I don't really put up with the band's wanting to adopt a more electronic sound.

Not sure why so much hate for this simply because it followed up one of the most loved albums of the past half-decade. For what it is, the album is solid and every song is an ear-worm.

The album is good though, granted it’s not their last album (though that’s a high standard to hold it to) but it’s definitely good.

Your feedback for Bankrupt!