The Albatross (studio album) by Foxing 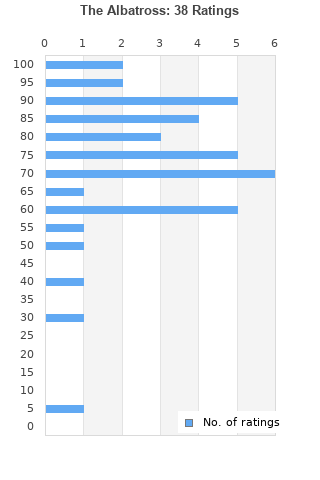 The Albatross is ranked as the best album by Foxing. 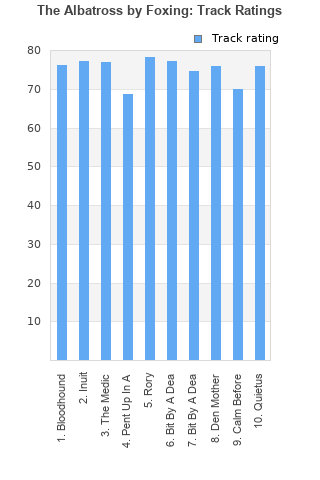 Rating metrics: Outliers can be removed when calculating a mean average to dampen the effects of ratings outside the normal distribution. This figure is provided as the trimmed mean. A high standard deviation can be legitimate, but can sometimes indicate 'gaming' is occurring. Consider a simplified example* of an item receiving ratings of 100, 50, & 0. The mean average rating would be 50. However, ratings of 55, 50 & 45 could also result in the same average. The second average might be more trusted because there is more consensus around a particular rating (a lower deviation).
(*In practice, some albums can have several thousand ratings)
This album is rated in the top 16% of all albums on BestEverAlbums.com. This album has a Bayesian average rating of 74.9/100, a mean average of 73.4/100, and a trimmed mean (excluding outliers) of 75.4/100. The standard deviation for this album is 19.2.

I think I can consider myself a fan of "emo" music. However I was totally blown away by the raw emotion of Rory. When I started writing this comment I thought I had more words to describe this album. But I would simply like to suggest that you give it a spin.

This is just on the edge of greatness. This is smart, ambitious, and enjoyable emo/math rock/post punk/whatever. Seriously excellent.

Hard to spot any kinds of influences. In my ears, a truly unique sound. Didn't expect much from the album but it surprised me. Something special.

This album was more than a surprise for me, I didn't expect to like it as much as I did at all. It seems like it has influences sprawling from The Antlers to even twinkly early emo bands like American Football. I can't recommend this album enough, it's full of raw emotion and tight instrumentals.

Your feedback for The Albatross