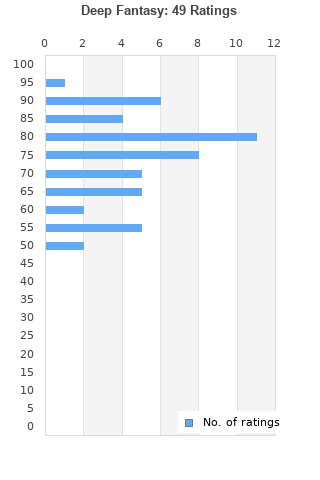 Deep Fantasy by White Lung (Record, 2014)
Condition: New
Time left: 2d 16h 48m 20s
Ships to: Worldwide
$16.40
Go to store
Product prices and availability are accurate as of the date indicated and are subject to change. Any price and availability information displayed on the linked website at the time of purchase will apply to the purchase of this product.  See full search results on eBay

Deep Fantasy is ranked as the best album by White Lung. 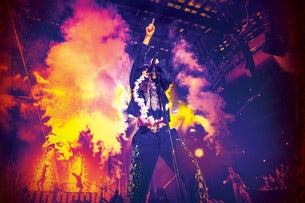 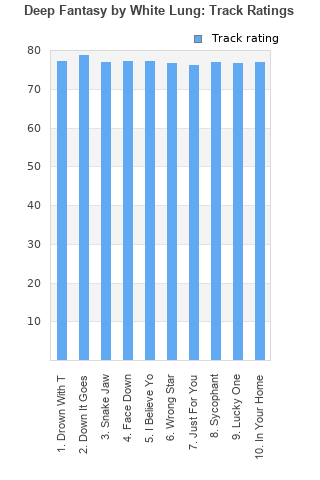 Rating metrics: Outliers can be removed when calculating a mean average to dampen the effects of ratings outside the normal distribution. This figure is provided as the trimmed mean. A high standard deviation can be legitimate, but can sometimes indicate 'gaming' is occurring. Consider a simplified example* of an item receiving ratings of 100, 50, & 0. The mean average rating would be 50. However, ratings of 55, 50 & 45 could also result in the same average. The second average might be more trusted because there is more consensus around a particular rating (a lower deviation).
(*In practice, some albums can have several thousand ratings)
This album has a Bayesian average rating of 73.6/100, a mean average of 73.7/100, and a trimmed mean (excluding outliers) of 73.7/100. The standard deviation for this album is 11.2.

More Canadian punk! I'm hard-pressed to explain why I don't rank this album higher than Ought's offering in 2014. But I will say that it curiously presages the solid debuts from Philadelphia's two female-led rawk bands, Hop Along and Bully. Not to ignore the continuity of Riotgrrl-like bands that have gone before (not just as far back as comeback queens Sleater-Kinney, but lest we forget The Pretenders?).

Is that really what's going on here though xD

Your feedback for Deep Fantasy