Under Pressure (studio album) by Logic 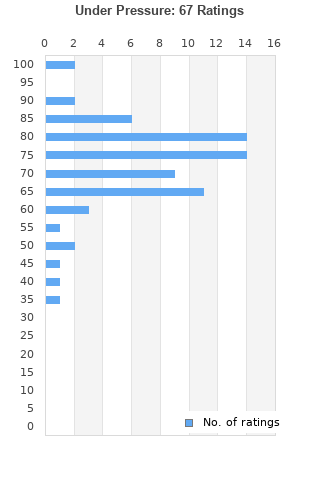 Under Pressure is ranked as the best album by Logic. 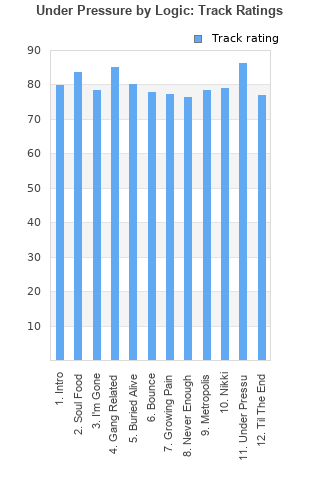 Rating metrics: Outliers can be removed when calculating a mean average to dampen the effects of ratings outside the normal distribution. This figure is provided as the trimmed mean. A high standard deviation can be legitimate, but can sometimes indicate 'gaming' is occurring. Consider a simplified example* of an item receiving ratings of 100, 50, & 0. The mean average rating would be 50. However, ratings of 55, 50 & 45 could also result in the same average. The second average might be more trusted because there is more consensus around a particular rating (a lower deviation).
(*In practice, some albums can have several thousand ratings)
This album has a Bayesian average rating of 73.2/100, a mean average of 72.7/100, and a trimmed mean (excluding outliers) of 73.2/100. The standard deviation for this album is 12.1.

This was one of my favourite albums for the 2010's. A breath of fresh air and extremely good subject matter on these tracks, loved the deluxe songs also. Logic unfortunately has declined very swiftly since the album. You can hear the drake and kanye influence, however i don't think he over uses their type of styles. The rapping and lyrical content are top notch. The followup being disappointing and the rest of the material after that is simply not worth listening too apart from a couple of songs here or there.

It was enjoyable. Not great, just good. Props to Logic.

If you enjoy hip-hop at all, give this album a listen! Logic put a ton of effort into making this amazing project! You need to listen to the lyrics of this thing to really understand it. This is a severely underrated rap album and in my opinion it is a masterpiece.

Your feedback for Under Pressure